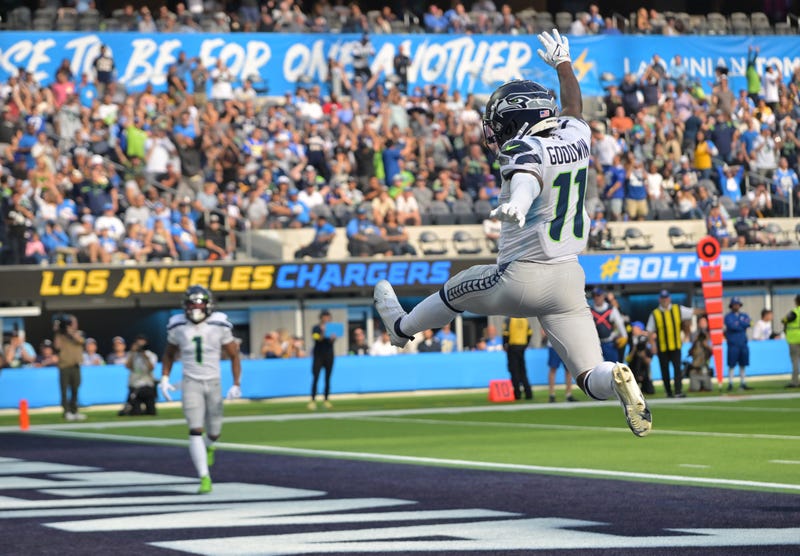 Ayo 12s!
The train keeps chugging and the Seahawks have done what nobody said they could do, after 7 weeks of football the Seattle Seahawks are #1 in the NFC West division!

This was without a doubt the game that we've hoped for in terms of just fundamental football. Offense was clicking on so many different levels and the defense is filling the holes week after week. One of my favorite rising stars on this roster is Kenneth Walker III, this young man was taken late in our draft this year, and we were given hot/cold reviews that we both stole him, and would regret wasting a pick on him. That has proven to be the former of those statements as he's crushing the gridiron every time he steps on the field

The @Seahawks RB hit 22.09 MPH on this TD run, the fastest ball carrier in the NFL this year, per @NextGenStats.pic.twitter.com/OwZxwb4Wgr

I don't know what changed defensively, but I can FEEL that they're making tweaks each and every week. The coverage is getting exponentially more disruptive, helping our defensive line get to the quarterback, the run game is still something that we need to adjust for, but even then it's decently contained and that's getting better with each passing week as well. Overall, I love seeing the trajectory of this squad.

Sack, strip, and a fumble recovery by DT!

I'm not gonna lie gang, I don't know what to expect with this team anymore. I find myself waiting for that other shoe to drop, waiting for them to prove me right from the beginning of the season when I thought that they'd be playing catch-up all season long, and I'm pleasantly surprised each and every week. These boys are fun to watch and you can tell they're playing fun, disciplined football. I don't know where this train stops, but I'm along for another ride of chaos. We're hosting the Giants next week, who are steamrolling the league and looking for their next loss. Let's give it to em. With that....Mike Hawk is OUT!