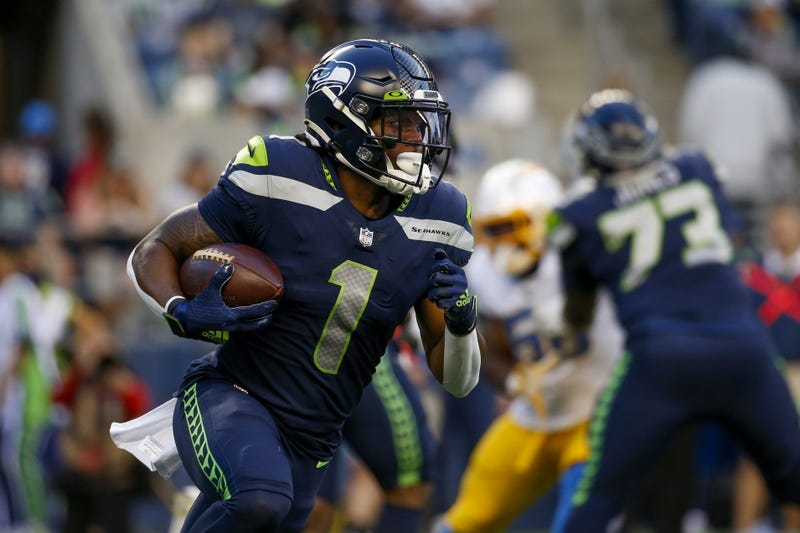 What's up 12s!
The preseason is officially in the books and now we wait for the final roster, and that oh so sweet feeling of week 1 baby! If you're like me, you liked what you saw in this final preseason game, and it fell right in line with what we've been saying for a while. The starters are solid, let's see what the backups can do against some opposing players of a higher caliber, and boy did they come through in a big way! Which leads us to the Top 5 standout players of the preseason!

﻿#5 Alton Robinson DE
Since the days of Cliff Avril and Michael Bennett, we on the Seahawks have been looking to find as solid of a duo at Defensive End, and one great contender for that is new addition Alton Robinson. From week 1, he showed his effectiveness and while he didn't always get the sack, he did a great job at influencing the play, much like what you see here.

Ryan Neal was right there to snag the ball for the interception!

#4 Ryan Neal SS
On the other side of that particular play is the one that extended it even further Ryan Neal. He showed us that he had some promise at Safety last season and he's back without having missed a step. He tends to be a lot quieter in the backfield and moves unseen it would seem and is always there and ready to make a play.

#3 Cody Barton LB
A little biased from here forward, I've like Cody Barton for a couple years now, and he proved why in this preseason. Cody was out there playing like he was in the Super Bowl all preseason long and his numbers speak for themselves. An explosive player, he makes things happen on Defense, and you can't beat his energy. I can't wait for the time when we have him as a regular starter.

#2 DeeJay Dallas RB
Another sophomore in the Top 5, DeeJay is bringing the same energy that he came in with last season. Give Pete and John all the credit in the world, they know how to make a DEEP running corps. Hand offs, screen passes, blocking, receiving downfield, Dallas is as dependable a running back as you can get. Another player that I hope gets some serious reps this season.

#1 Nick Bellore FB/LB
Biggest shock of the preseason is, without a doubt, Nick Bellore. We resigned him in the offseason which didn't impress a handful of people. He's a full back, they're a dime a dozen, why this guy? He showed why in the preseason by bringing more energy than anyone else on that field by playing Iron Man Football, both offense and defense. I was pleasantly surprised when I saw him lining up in the secondary, and even more excited when he was fully effective back there. He's showing some true prowess in utility and I'm beyond stoked to see what they've got planned for him this year.

Would have loved to have seen a little more from some of the new additions like Dee Eskridge and Gerald Everett, but it makes the anticipation for the coming season even more fun. Another honorable mention is Alex Collins at Running Back who had definitely shown some growth since we've last seen him, and has proven to be a dependable option. We're there gang! The season is a mere 2 weeks away in Indianapolis! Start your engines and get hyped! With that...Mike Hawk is OUT!