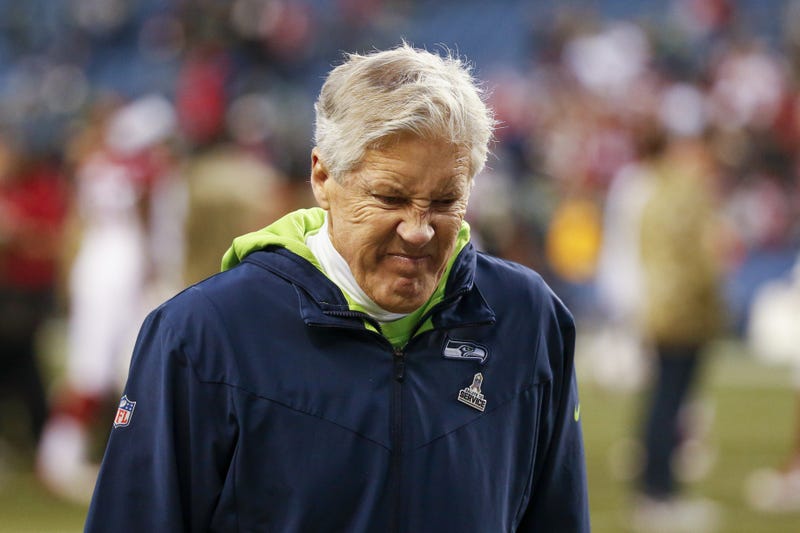 Ayo 12s
Here we sit again, after another heartbreaking loss, wondering what's going to become of our beloved team. To address the title of this week's blog, for the first time in his career, Russell Wilson logged his 3rd consecutive loss this week, basically putting the Hawks in an official funk.

We literally dare you. pic.twitter.com/wTaRQ3LDMu

Now, in all fairness, asking the Hawks as they are today to beat the Cardinals as they are today is a big ask. I get it, we're here at home, they were basically a JV squad, which alludes to how close the game itself was, but it's more the overall feeling that this team is no longer the steamroller we've known and loved.

Just how we drew it up 😉 pic.twitter.com/oe3UVTd4is

So, what's the fix? What is the organization actually going to do to show an attempt at steering this team back into winning shape? Is this Pete's last year in Seattle? Russ'? We'll see in the coming days. By my math, we can afford 1 more loss before we're no longer able to salvage a winning season, and given our schedule, with a show of heart, we can accomplish that mission. We've got 1 more run through the division which presents the difficulty, but then we've got the WFT, Texans, Lions, and Bears. Present state the of the team aside, we've got a pretty marshmallow schedule. I wish I had more positive news to bring, you'll know when I do. With that...Mike Hawk is OUT