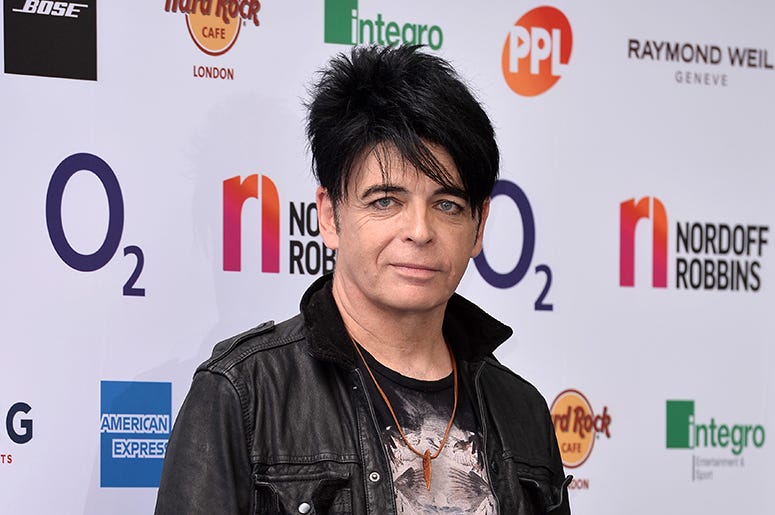 Currently promoting his new autobiography, (R)evolution: The Autobiography, early electronic rock pioneer Gary Numan has been sharing stories from his life while giving fans a look into his storied career.

British supermarket chain Waitrose had a chat with the singer and songwriter in their free magazine Weekend, and unearthed a story about his time in Tokyo, Japan with the legendary band Queen.

Numan bought a ticket to see Queen perform on his day off in the city, not realizing that he had become quite a star himself in the country, and his appearance in the crowd "caused a bit of a fuss," to say the least.

"What I hadn't realized was that I'd become quite successful in Japan," Numan remembers. "I'd only been big in Britain for a year or so… it never even occurred to me that it would be an issue here." After concert staff rescued him from the crowd, he says he was taken to meet the band backstage. After explaining what had happened, he says, "they took me under their wing.”

After the show, Numan was invited to join the band for sushi, but his admittedly "very plain tastes" kept him from enjoying any of the food. Nonetheless, he was thrilled to just be at the table.

“After a while,” he says, “Freddie Mercury came over and said, ‘Love, you’re not eating, what’s the problem?’ So I said, 'Don't worry about me, I'm just blown away to be here. I'm a massive Queen fan.' He asked me what I'd like to eat, and I told him, 'McDonald's… but don't worry, I'll get one afterwards.'"

Fifteen minutes later, a limo showed up outside and the driver "gets out with a McDonald’s bag," he explained. "Freddie has a quiet word with the manager, bungs him a few yen, and there I am – having McDonald’s in a top-end Tokyo sushi restaurant with Queen! I was massively star-struck, but they were all such lovely, down-to-earth people.”

Honestly though, there's nothing like having a fast food binge... in cars.

Numan also revealed that he had met the band once before, as a 16-year-old fan in London. He says they had always been kind to their fans, inviting them up to their dressing room and signing anything they wanted. "It was a lesson in how to treat those who support you," he says. "I've always tried to emulate that wherever possible."