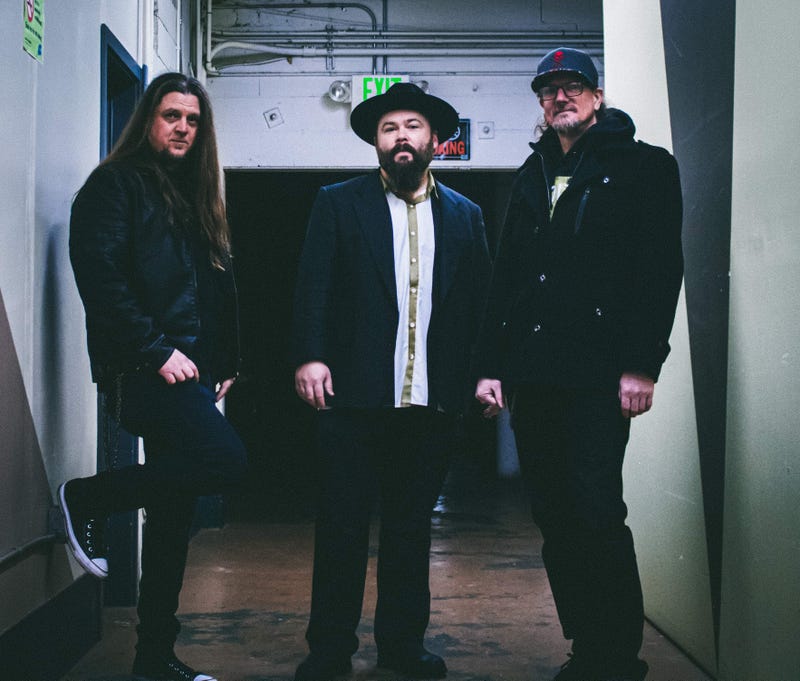 BAND BIO:
﻿The Members of Northwest Hard Rock band HALCION HALO have been kicking around playing music in one band or another since the early ‘90s. Jenson Charnell first broke out the songs that would be the early formation of this music in 2007, self-producing a solo album of distorted bass, heavy acoustic guitar and garage pounding drums. Called up friend Ira Garret to bring the music to life, and with another buddy first took the group live 2008 – 2009. A break was required for some life events after the short burst of live shows. In 2010 a new version of the band came together introducing Eric Morlen on bass. And by 2013, the trio that remains today solidified, released the album “WILD HEART” and immediately started working on the follow up “JOKE PARADE” which finally released in 2016. After Joke Parades release, the group had to slow down on performances, and went through a period of major decisions to improve the health of the band as much as the individuals. The band took a hiatus to get priorities straight, break some bad habits refocus.

When the group got back together, a new drive for writing ensued and over a couple years, the album “BURN TOGETHER” began to form.  A hunger to release a well-produced album brought the band to Dave Green @ Houdini’s Tree Studio to help see the vision come to life.   Dave had a vibe that worked well with the band, and the sessions in Dave’s new studio located at the Old Rainier Brewery was the first for the space.  We all got to hear what the space would produce for the first time together.  Friend Will Andrews of Ten Miles Wide / Walking Papers came in to see that the session brought out the monster drum tone the group sought, and with multiple amps, some keyboard flare from Dave Green, and many vocal sessions … the album came to life.

Dave took the album through mixing and got it over to Ed Brooks @ Resonant Sound for mastering to sweeten the tracks.

“BURN TOGETHER” is an album about Balance, finding Center, and negotiating the complexities of opinion and fact.

HALCION HALO is three guys who enjoy their collective art, growing older and evolving as individuals and a band.  The music is an organic reflection and emotional response to the social, political, and personal environment that surrounds around us all.