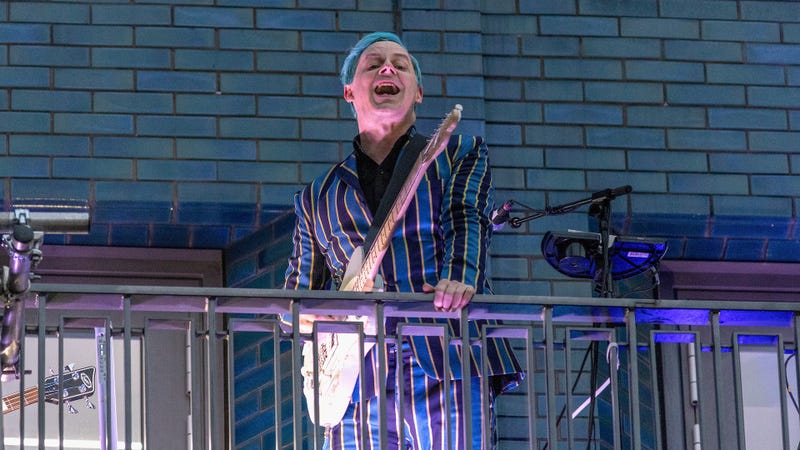 With the weather finally warm enough, it’s now the perfect time to sit outside, crank up your speakers, and treat yourself (and your neighbors) to some of the best new songs in the world of Rock.

We’re back with another installment of 7 Rock songs you need to hear right now and May’s picks are songs you’re going to want to listen to loud.

“Ramon Ayala” is that infectious new song you’ve been searching for. You know, the one you’ll constantly have on repeat for the next month. Giovannie & The Hired Guns offer a fresh take on that vintage early 2000s Rock sound that you’ll fall in love with from the get go.

While the arpeggiated synth opening may make you feel like you’re about to drift into a psychedelic dreamland, there’s plenty of rock ahead. Turnstile’s new single is a certified head banger complete with a fierce guitar solo.

The latest single from Coheed and Cambria’s upcoming album Vaxis - Act II: A Window of the Waking Mind leaves us with two feelings. One, we love it. Two, we can’t wait to hear what else is to come. Plus, as they’re prone to do, Coheed dropped an incredible music video to accompany the track.

4 Nothing More - Tired of Winning

It’s been a long time since we got new music from Nothing More, but their latest single “Tired of Winning” proved it was well worth the wait. Nothing More has been teasing a new record for a while, which could be a good sign that it’s closer than we think.

Jack White is back in the best way possible. Bringing along his trademark groovy licks, frenetic rhythms, and fiery guitar, he gives those wondering what the trick is a simple answer. More Jack White music.

It’s been five years since Fozzy last released an album, but that all changed recently as the Chris Jericho led outfit recently dropped their eighth studio album Boombox.