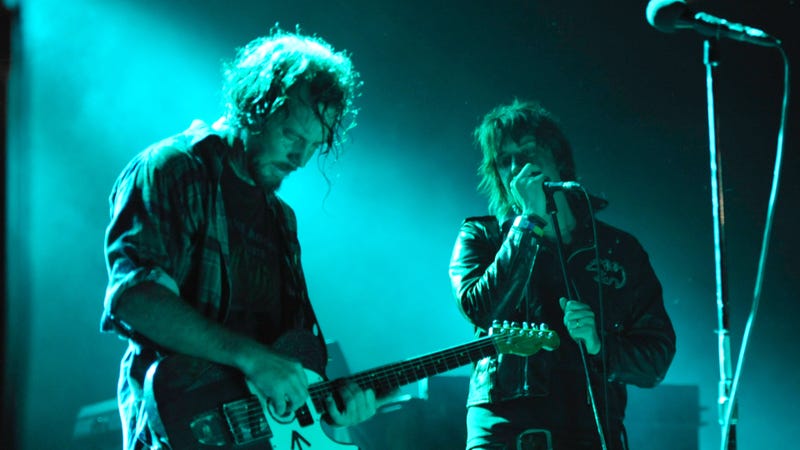 There’s nothing quite like musical legends jamming together, actually strike that, what makes it better is when they do it on stage for a crowd to enjoy. And that’s exactly what went down at Seattle’s T-Mobile Park on Wednesday night. The Strokes once again opened for Red Hot Chili Peppers, as they’ve done for the first several shows of their tour.

Listen to The Strokes Radio now on Audacy

However, what made this one extra special was that Eddie Vedder, who’s back from Pearl Jam’s jaunt across the pond, joined in on the fun. Performing “Juicebox,” which actually happens to be one of Vedder “favorite” songs.

Not the first time Vedder and The Strokes have shared the stage, having done so a handful of times over the years, including at PJ20 in 2011 and at Ohana Fest in 2019, and now once again.

Check out fan-captured footage of the recent performance below.