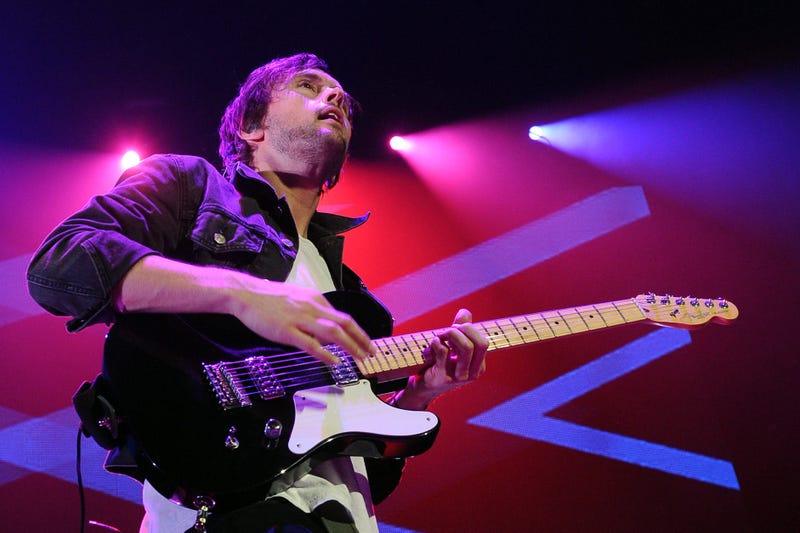 KROQ presents the 2019 Hermosa Beach Summer Series, a FREE community event returning to the sands of Hermosa Beach over two weekends in August (Aug 17/18 & Aug 24/25). Each weekend will offer a jam-packed lineup of music, comedy, movies on the beach and other family-friendly experiences.

Sunday, August 18 brings an exclusive one-time reunion show by LA rockers Iglu & Hartly (who in 2008 were cited as one of "Twenty Bands Making America Cool Again" by influential UK rock magazine NME). Rounding out the bill is Columbus, OH pop-rock trio The Orphan The Poet and LA rock band The Jacks.

Saturday, August 24's headliner is Los Angeles' The White Buffalo (the stage name of musician and singer/songwriter Jake Smith) who has performed at numerous music festivals around the world, including Bonnaroo, as well as on shows with the likes of Jack Johnson, Ziggy Marley, and Grace Potter and the Nocturnals, among many others. Over the years, his music has been featured on Sons Of Anarchy, NPR and Jimmy Kimmel Live! Comedy favorite Steve Byrne ("Sullivan & Son", Comedy Central, Chappelle's Show) will also perform standup, along with additional music from instrumental alternative surf group Pounded By The Surf and LA's Trapdoor Social. The evening comes to a close with a surfside showing of another classic movie via Hermosa Beach Friends of the Parks, as voted on by Hermosa Beach locals.

Closing out this year's series on Sunday, August 25 is headliner Mariachi El Bronx (the popular alter ego of indie rock band The Bronx) who have graced festival stages such as Coachella, Shaky Knees, Driftwood, Riotfest, Punk Rock Bowling, Reading and Leeds, and more. Also on the bill are three-time Grammy-nominated roots reggae legends, Wailing Souls who are celebrating their 50th anniversary as a band, as well as LA rockabilly faves Gamblers Mark.

Get more info at hermosabch.org/hbsummerseries 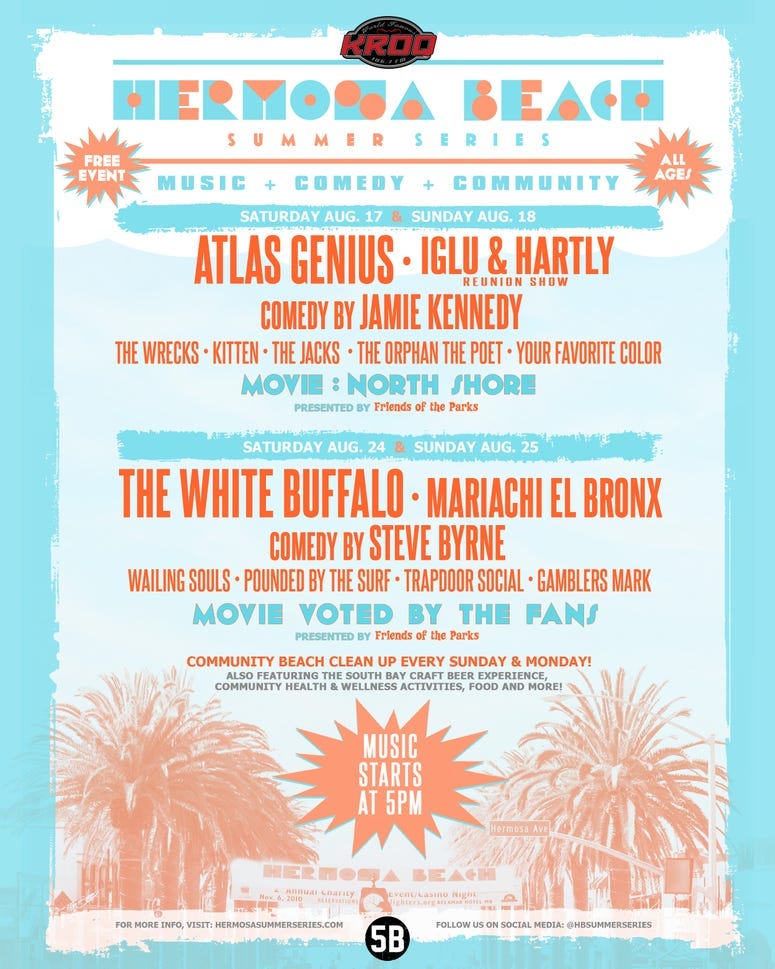