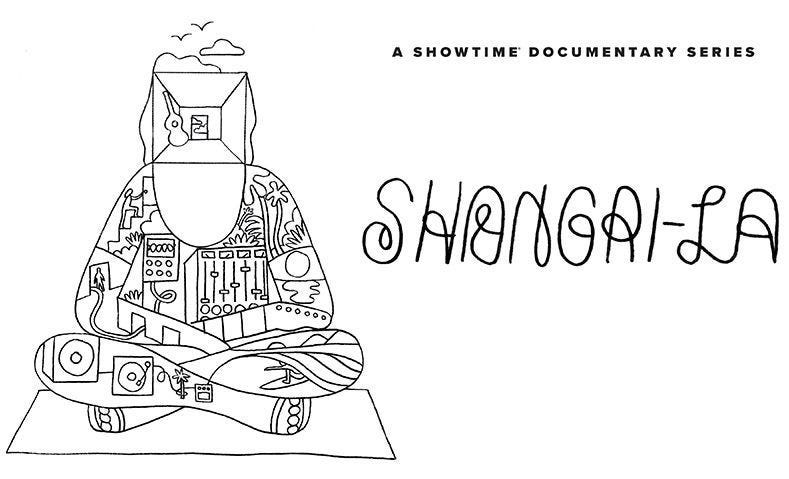 This week Jensen got us up on a new SHOWTIME docu-series called Shangri-la. If you listen to Kevin & Bean or any of the music on KROQ, you will appreciate this show. Jensen did not hesitate to call it his favorite television show of the year (so far). It’s a four-part documentary, written and directed by Morgan Neville, who made the acclaimed documentary 20 Feet from Stardom, that won him an Academy Award in 2014, and the recent smash hit documentary on Mr. Rodgers. Shangri-la is about the creative and emotional side of making music with producer and Def Jam Records co-founder Rick Rubin, delving into his storied Malibu, CA recording studio and home, called Shangri-la.

Ever since he co-founded Def Jam with Russell Simmons, he’s had an insanely eclectic career. It’s hard to think of a producer that has worked with more KROQ artists than Rick Rubin. Rubin is not a musician per se, he is a producer who simply lays down in the back of the studio and just puts out vibes (and advice) while musicians work. He sometimes is more of a therapist than a musician.

His iconic Malibu property was famously used for housing Elvis, Bob Dylan and The Band, and even Mr. Ed. The recording studio is completely white and devoid of art or furniture so the creativity can flow through you without distraction. In each episode you learn about the history and the current state of Shangri-la, all the while getting a glimpse into the mind of the very reclusive and wildly strange Rick Rubin. He’s a genius who has a personal Yogi, loves pro wrestling, meditates for hours daily and takes ice baths every afternoon. There is also a library on site that chronicles his entire life, including personal letters between him and Johnny Cash managed by workers from the USC Annenberg Library.

As the show moves along you see him in conversations with several artists like Ezra Koenig from Vampire Weekend, Lil Yachty, Flea, LL Cool J, SZA, Santana, Tyler the Creator, David Lynch, Mike D, and several other personalities, celebrities, and entrepreneurs. You also see recreations of his life through actors, puppets and animation. The child actor who portrays young Rubin is bald and wears a fake beard.

This is the most fun Jensen has had watching television this year and he couldn’t recommend it more. It’s educational, entertaining and inspiring. All the episodes are currently available to stream on SHOWTIME.