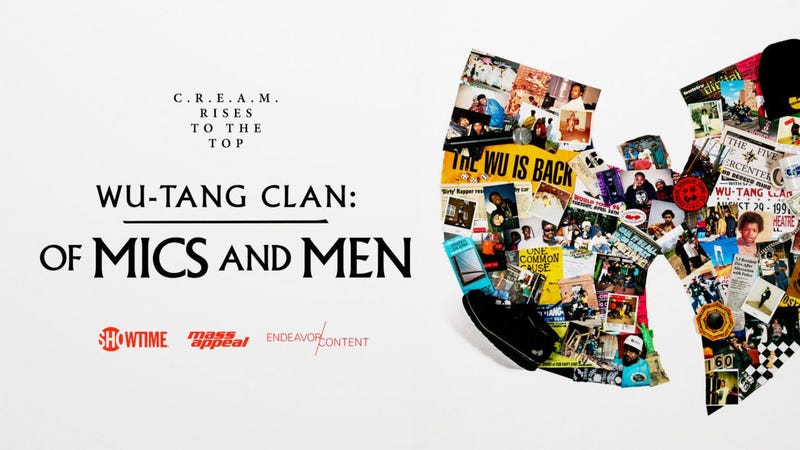 This week, Jensen brings our attention to a SHOWTIME four-part docu-series, Wu-Tang Clan: Of Mics and Men. The series is four episodes, with each episode being one hour long. It’s produced by Mass Appeal, a magazine that now doubles as a brand for documentaries and TV Shows and it’s directed by storied Hip Hop journalist Sacha Jenkins. All 9 living members of the group participate in the telling of their story, along with members of Ol' Dirty Bastard’s family. It’s a very detailed look into their meteoric rise to the top, their even faster fall from grace.

This series dives into the origins of Wu-Tangs Clan. It shows how they all met as pre-teens as we learn all about their failures, successes and individual record deals, the latter of which was part of a business agreement unheard of even today. It covers all their legal troubles that not very many people know about. Among all the information you get, the most impressive thing about this docu-series is the unprecedented amount of footage that they have from throughout their career.

For the first time in 20 years, we see Wu-Tang reunited in their home town of Staten Island. This doc goes beyond the normal music and group history, it goes into the political atmosphere in Staten Island and explores the police surveillance, harassment, and bias against its inhabitants. All of their management is in it along with several special guests including Redman, Nas, Seth Rogen, and several others. You’ll learn about where they got their aggressive style, what was unique about them, and how they were still selling drugs when the record first came out. In the final episode, we see RZA’s inner conflict between being a better businessman or a better family member.

This series is a great way to know everything that really happened or follow a large musical group throughout their entire journey. It debuts tomorrow on SHOWTIME.