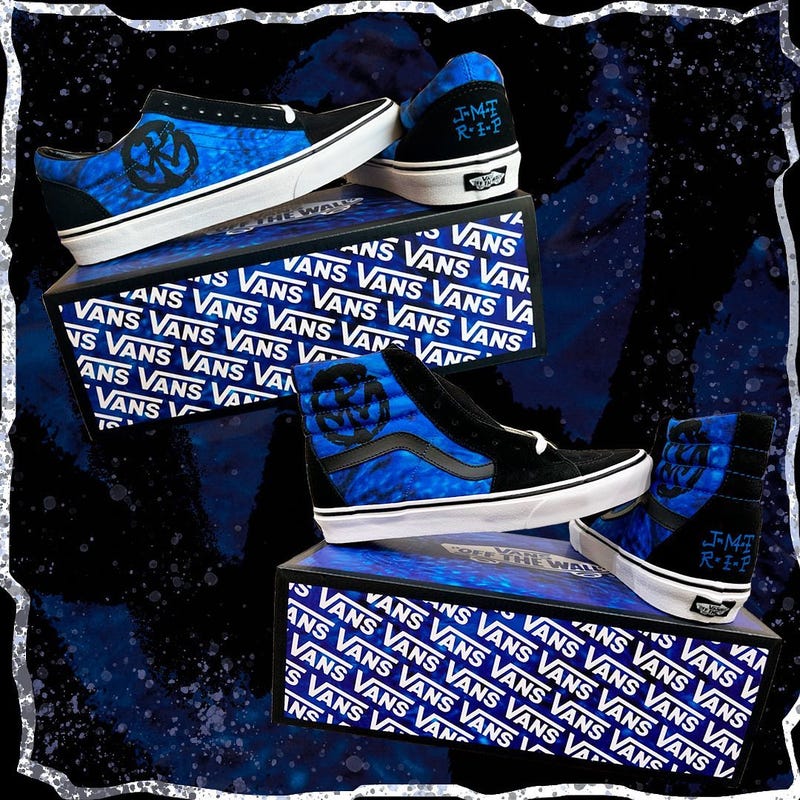 Legendary South Bay punk rockers Pennywise have teamed up with another iconic Southern California brand, Vans, for a pair of limited-edition shoes which are a nod to the band's self-titled album that was released over 30 years ago (October 1991) via Epitaph Records. Stitched into the back are the letters JMT and RIP, a salute to the band's original bassist Jason Matthew Thirsk who passed away in 1996.

“My dad had me wearing @Vans back when I was 2 years old in 1968.. back then Vans were the shoe of choice for sailing, and Otis was a sailor, so Vans it was," says guitarist Fletcher Dragge. "Fast forward a few years, and it was backyard pool time. Never in my wildest dreams did I ever think I’d be playing in a band that had a custom Vans old school shoe. Mind blown, beyond grateful, and humbled by the love that Steve Van Dorren and the Vans family has shown Pennywise the last 30 years. Life’s a trip. Enjoy.”

The shoes are available for purchase on Pennywise's merch site: $70 for the low-tops and $80 for the hi-tops. Hurry and get them while you can!