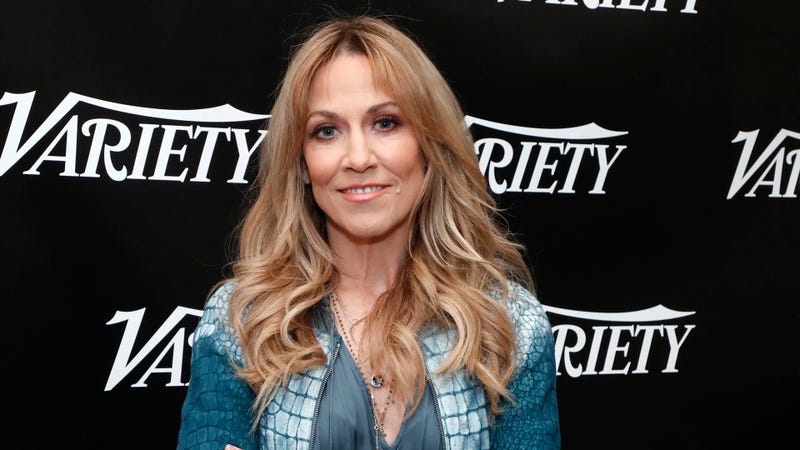 Superstar singer and songwriter Sheryl Crow is the subject of a new Showtime documentary titled Sheryl, which takes an in-depth look back on her storied career of song and sacrifice while battling sexism, ageism, depression, cancer, "and the price of fame, before harnessing the power of her gift."

In a series of revealing interviews with host Brian Hiatt on the Rolling Stone Music Now podcast, we get a feel for what the new documentary flick will touch upon, while at the same time hearing straight from Sheryl herself about her rise to the top and all of the pitfalls in between.

At one point in their talks, Sheryl admits fame was never the main attraction for her when it came to a music career. "I wanted to be great," Sheryl says. "I wanted to make music that really mattered... and that in and of itself can also be a curse because you set yourself up for monumental failure. You're never gonna feel like what you've done is good enough, if you're always basically constituting your self-worth based on whether you feel like something made a dent. There's no objectivity there... so for me, as a kid, I just equated everything with, 'If I do everything great, then people will love me. And if I make everybody happy, then their smiles will reflect that they love me.' Like a little kid... it was a total mythology that I adopted and lived by."

"I think part of my chemical and genetic makeup," Sheryl admits, "is extreme highs and extreme lows. Part of my challenge in life has been learning how to manage that... We're all made differently and if we're really honest with ourselves and really allow ourselves to experience all the facets of life and all the emotions that go with it, it's hard sometimes... we have to figure out our way through it and out the other side to function as a productive human being, and also to find joy, and to not feel guilty about finding joy."

Sheryl is now streaming on Showtime. Listen to the full Rolling Stone Music Now episode above, now playing on Audacy -- and follow along for more conversations with the writers and editors of Rolling Stone, bringing listeners inside the biggest stories in music.

While you're in the mood, browse and favorite some of Audacy's all-new stations like Women That Rock, 80s Guitar, Rock N’ Road, Freedom Rock, The Canyon, Arena Rock, Wake Up and Rock, and The Roots of Rock for those who crave the early days.