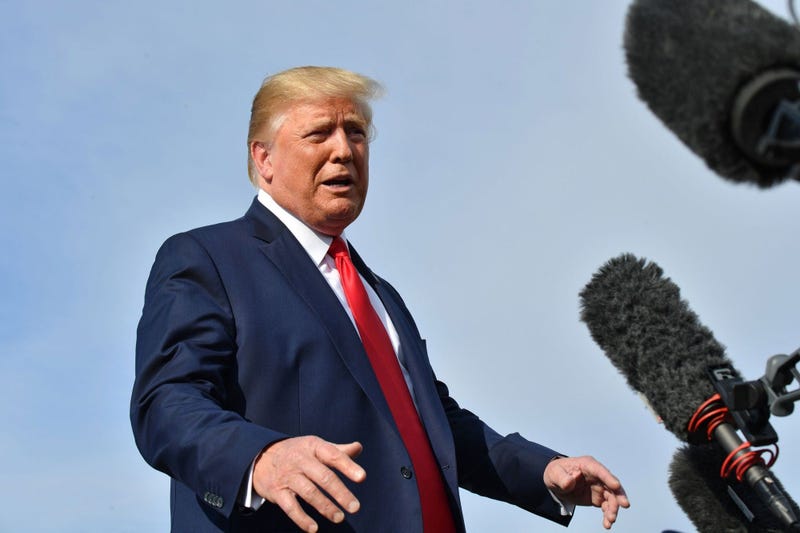 By Kevin Liptak
(CNN) — President Donald Trump said Wednesday he's ordered new sanctions on Iran, the latest escalation in tensions between the two countries following the attack over the weekend on Saudi oil facilities.
"I have just instructed the Secretary of the Treasury to substantially increase Sanctions on the country of Iran!" Trump tweeted.

I have just instructed the Secretary of the Treasury to substantially increase Sanctions on the country of Iran!

It wasn't immediately clear to whom the sanctions would apply. The U.S. has ratcheted up sanctions on the country after withdrawing from a multi-nation nuclear deal last year.

Trump has yet to definitively state that Iran was behind the attack on the Saudi oil facilities, but others in his administration have pinned blame on Tehran, which has denied involvement.

White House, Treasury and State Department spokespeople did not immediately provide clarity on the new sanctions.

Earlier this week, Trump appeared to preview a forceful response to the attacks, saying the U.S. was "locked and loaded" to respond. But later he sounded less committed to a military response, telling reporters he was not interested in war.

During a Monday meeting with his national security team, Trump discussed potential military and non-military responses to the attack including new sanctions, according to senior administration officials.

U.S. defense officials were ordered to plan potential responses to the attack on Saudi Arabia's oil facilities, but the White House is waiting for the Kingdom's rulers to decide on a response before charting a path forward, administration officials and sources familiar their thinking told CNN.

Two U.S. defense officials said that the Pentagon was instructed to "plan" at the White House meeting, but added that no detailed choices were presented.

Secretary of State Mike Pompeo was traveling to Saudi Arabia on Wednesday for meetings, and administration officials said no decision on responding to the weekend attacks was likely until he returns to Washington.

A source familiar with White House discussions said the administration feels time is on its side as it builds a case against Iran, which has denied responsibility for the attacks.

While Pompeo directly blamed Iran for the incident — which forced state-owned Saudi Aramco to half its production — Trump has stopped short, saying he wanted to wait for a final intelligence report.

It wasn't clear if his sanctions announcement signaled that report was completed or whether it determined Iran's culpability.

Trump has repeatedly said that the onus is on Saudi Arabia when it comes to dictating the path forward and he's made clear he is in no rush.

"We have to sit down with the Saudis and work something out," he told reporters on Tuesday. "That was an attack on Saudi Arabia, and that wasn't an attack on us."

"We have a lot of options, but I'm not looking at options right now," Trump said. "We want to find definitively who did this. We're dealing with Saudi Arabia. ... We'll see what happens."