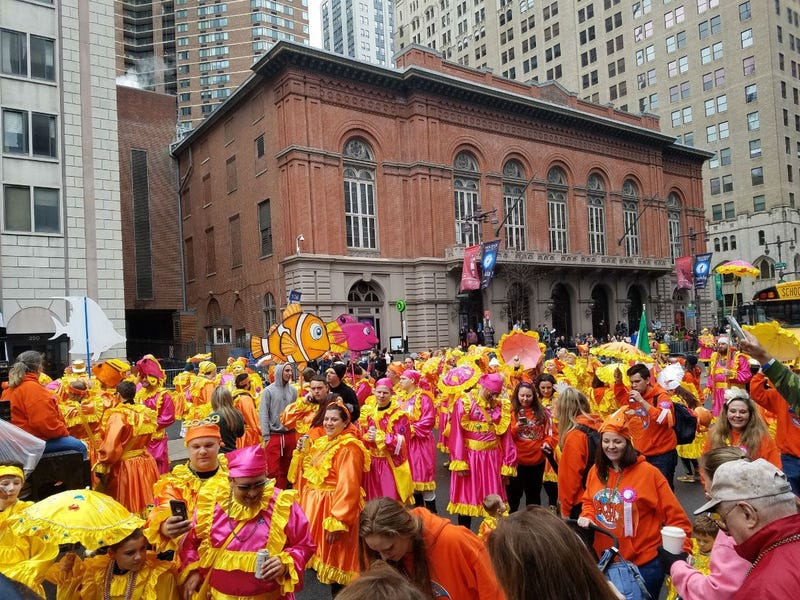 PHILADELPHIA (KYW Newsradio) — Leaders of the Philadelphia Mummers met with representatives from the Pennsylvania Legislative Black Caucus. The gathering is in follow-up to allegations of blackface that turned out to be false, and both sides hope to move forward.

"Overall, I think it was a very positive meeting," said George Badey, the lawyer for the Mummers.

He and Rusty Martz, president of the Mummers Museum, sat down with Pennsylvania State Senator Anthony Williams and others to discuss outrage over the Finnegan Club's New Years Day skit that featured a gold-chain clad Jay-Z walking a fake "Mayor Jim Kenney" on all fours.

Outrage began the day after the parade when Councilman Darrell Clarke issued a statement calling the skit racist. He and some activists accused the Finnegan of using blackface in the skit.

RELATED: Mummers falsely accused of blackface during parade speak out

But it turns out, a black member of the club played Jay-Z, and the skit had been pre-approved by city.

Williams says, given the Mummers' history, it was still offensive.

"Sometimes, we do things and say things that we don't really realize could be seen as offensive by someone else and to have no malice intent, but could be seen different by different people," said Williams.

Badey says the Mummers want to diversify and make the New Year's Day Parade the go-to event for everyone.

"We want to make this a better event," he said, "we are not looking to unnecessarily offend people. Maybe offend the powerful, because that is what mummers do."

Williams and Badey say they will work to create an inclusive review board to discuss proposed scripts.

For more on this topic and to hear more by the owner of Brown's ShopRite, who blames the soda tax for the store's closure - check out this weekend's Flashpoint.