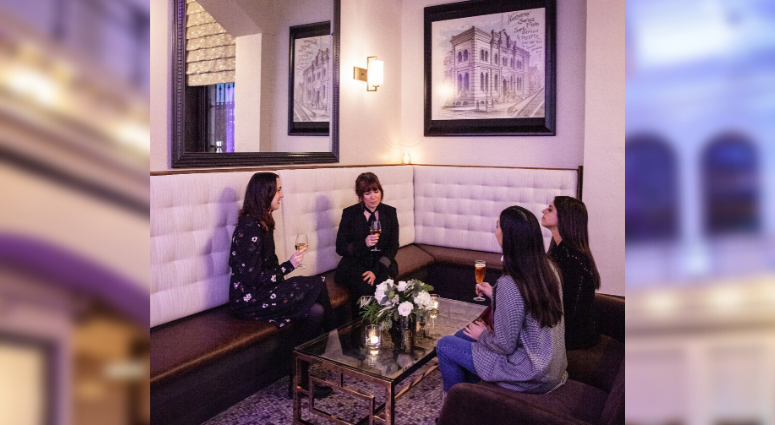 PHILADELPHIA (KYW Newsradio) — If you're of a certain age, you may remember dancing the night away at an iconic club in what is now Northern Liberties.

Now when you pass by the building at Sixth and Spring Garden streets, you’ll see a new catering venue from a beloved Philly staple.

Banca by Di Bruno Bros. is breathing new life into the former home of The Bank nightclub.

“There were about eight different clubs that operated in the building from when it was The Bank to when it shut down,” said project consultant Daniel Love.

The building was initially built as a real bank in the 1800s but was later renovated into several different nightclubs, like The Bank, Transit, and many others over the decades.

“When it was The Bank, it was the refugee location for the LGBT community in Philadelphia, long before the Gayborhood started,” Love added.

For about the last 15 years, it has remained vacant — until now.

“It is a completely different feel and it's really a rebirth of a space,” Love said of Banca. “We have about 2,300 square feet, so you know, 100 to 150 people are quite comfortable here.”

The catering venue’s opening coincides with Di Bruno’s 80th anniversary. It will be available to rent for bar and bat mitzvahs, weddings, corporate events and parties, and more.

“We have a new executive chef, Ashley James, who is brilliant, spent 10 years with Starr Catering,” he added.

And while they're keeping the rental space mostly to the first floor, there will be a special room downstairs to display what Di Bruno does best.

“We are adding a cheese cave as our tasting room in the basement,” said Love. “It's one of the original vaults to the building.”

For more on the history of the building and the future of Di Bruno’s catering business, listen to the KYW Newsradio original podcast What’s Cooking below, or on the RADIO.COM app.