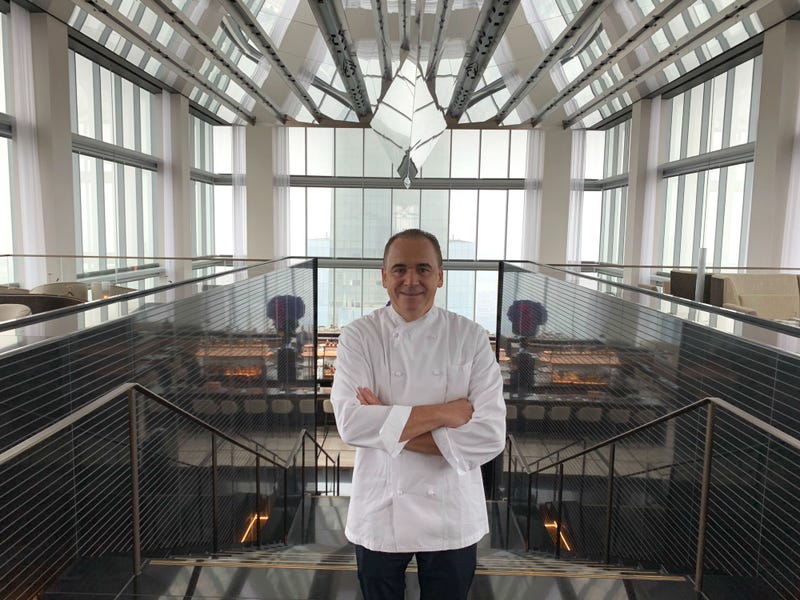 PHILADELPHIA (KYW Newsradio) — It only takes 48 seconds — and 60 stories — to enter the highest restaurant in town.

At the new Four Seasons Hotel Philadelphia, which sits atop the Comcast Technology Center, chef Jean-Georges Vongerichten opened his restaurant, Jean-Georges Philadelphia on the 59th floor on the building.

This restaurant is his first in Philadelphia but 39th worldwide, showcasing the city through 40-foot windows in every direction.

Vongerichten said there's a lot of emphasis on the overall dining experience.

In that time, he said the most challenging part of opening his first Brotherly Love restaurant was simply "waiting for the building to be built."

For detailed menu descriptions of Jean-Georges Philadelphia and more, subscribe to the What's Cooking podcast on the RADIO.COM app.