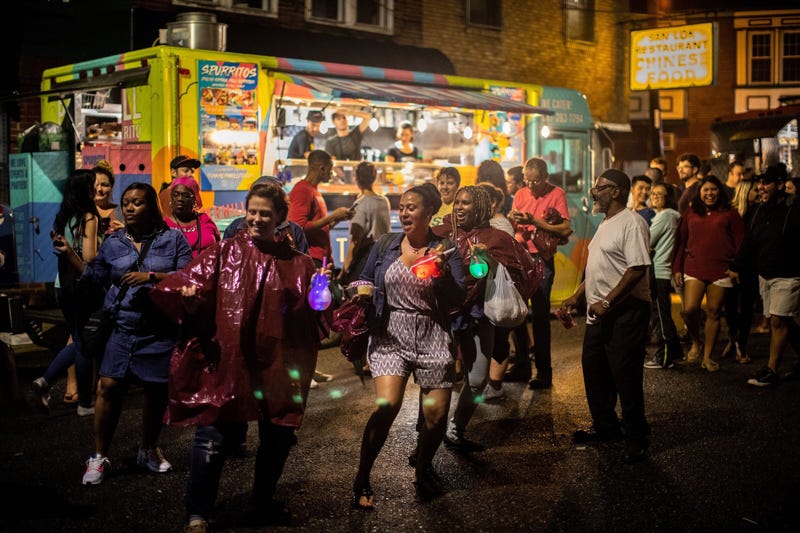 From May through October, food trucks will gather for a summertime favorite: Night Market.

Known as a roving food truck festival, Night Market coordinator Ian Moran said it's actually much more than that.

"It's going to be food trucks; it's also going to be tented vendors — whether it's a restaurant or a family business that has a great recipe for this or that on the side," he explained.

Through The Food Trust, Night Market was born in 2010. Each year, they set up four times in different neighborhoods on a Thursday night from 6 to 10 p.m.

"In May, we're kicking off in El Centro de Oro, which is up around Fifth and Lehigh," said Moran. "It's kind of the lifeblood and the center of the Latino community in Philadelphia, or one of them, at least."

The market kicks off there on May 2. Then, it takes over Overbrook on June 20 — the first time in that section of the city.

Then, Fairmount Avenue on Aug. 15 and Point Breeze on Oct. 3.

"A number of years ago, we actually went to Fairmount Avenue, closer to the Eastern State Penitentiary. This time, we're going to be doing a different chunk of that corridor," he added.

It's not unusual for crowds of about 20,000 people to show up to Night Market, which is why Moran said the event transcends the food.

"A lot of times, a big chunk of the people that come to each Night Market have never been to that neighborhood before, so we're really trying to introduce folks to some new parts of the city."

For more, subscribe to to the What's Cooking podcast on the RADIO.COM app.