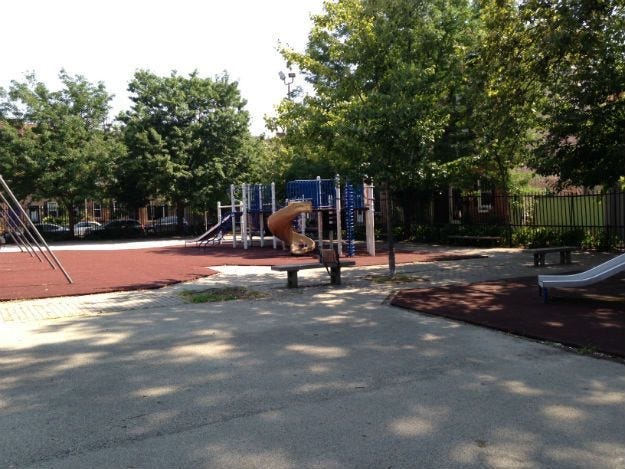 PHILADELPHIA (KYW Newsradio) — The Pennsylvania Historical & Museum Commission just approved 18 new historical markers, more than a half dozen in the Philadelphia area. One is a big win for protectors of a 19th century burying ground.

The Bethel Burying Ground at 4th and Queen streets in Society Hill will soon have a marker that commemorates the African-American cemetery established at the site in 1810 by Mother Bethel AME Church.

The land was bought by church members and is believed to be the first independent cemetery for the black community.

"Philadelphians of all races owe those that are buried there a deep thank you," said Terry Buckalew, a local historian who re-discovered the history of the land sandwiched between Queen and Catherine streets while working on another project a few years ago.

About a third of the area now owned by the city houses the Weccacoe Playground. When community members learned bones were underneath, it sparked debate on how to renovate the decaying buildings while preserving its history.

She says the PHMC rejected the city's request for the marker last year, so they resubmitted the application with more information. This new approval, she says, only bolsters efforts to renovate the decaying Weccacoe, but the work must be done carefully.

"The recreation site building that now sits there, it will have to come down and it'll have to come down by hand," said Lee, who notes the city will send out a request for proposals to attract the artist who will design the public art memorial that will accompany the renovated site.

"These things take a long time to do as do all of our public art processes," she said.

Lee says that while the historical marker will be installed in coming months, the renovations won't be done until 2021.

Bethel Burying Ground is already on the national and Philadelphia register of historic places.