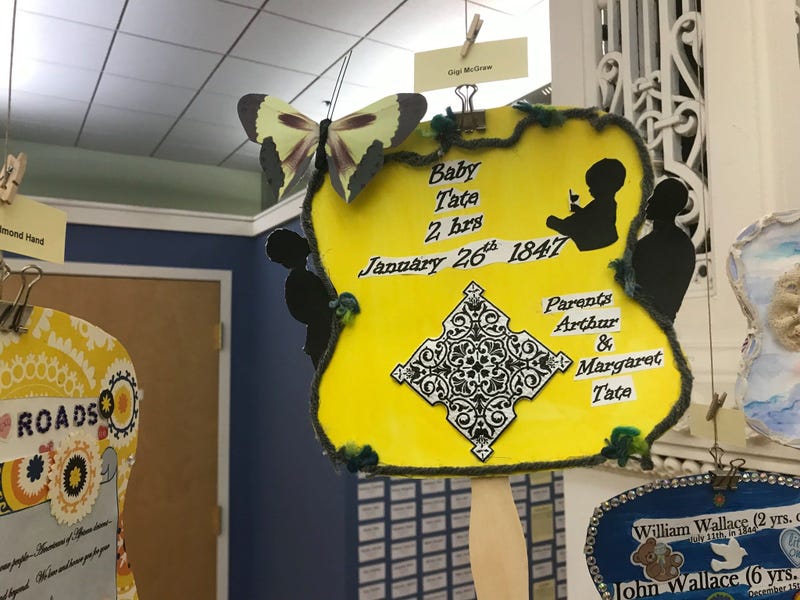 PHILADELPHIA (KYW Newsradio) — The Art Gallery at City Hall just opened a new exhibit on Wednesday dedicated to the 5,000 individuals interred at the Bethel Burying Ground in Society Hill.

Titled "Bethel Burying Ground: A Tribute to a Sacred Space," the installation recognizes the historic significance of the 1/3-acre site in the 400 block of Queen Street.

"They purchased property for the burial of African Americans, because African Americans could not be buried in Washington Square after 1794 or so," said Tu Huynh, the City Hall exhibitions manager.

A new exhibit at Philly City Hall pays tribute to the 5000 African Americans that lie beneath the #BethelBuryingGround. The installation tells their stories. Other efforts to honor this 19th cent part of history- include a $1.15 mil renovation of #WeccacoPlayground. @KYWNewsradio pic.twitter.com/jraOvSTe0I

The exibit provides details on Richard Allen and Bethel AME Church, which purchased the property to provide a dignified burial of Black people at the time, Huynh said.

More than 5,000 people were buried there between 1810 and 1864. Historians have identified 2,500 of them by name. Many of those souls, some with tragic stories, are featured on the walls of the exhibition.

"There are approximately 920 children between stillborn and 2 years of age, identified as being buried in Bethel Burying Ground," Huynh said.

Artists created 120 church fans to pay tribute to specific individuals buried in that sacred space. Tragic fact- 920 children between stillborn and 2 yo identified as buried. Poverty and disease were tough on Black people at the time. Exhibit is in room 116. @CreativePHL pic.twitter.com/wVGtyaUGwo

The exhibition also includes decorated church fans, telling the stories of those who died there. And this is just the beginning.

Kelli Lee, who runs the city's Office of Arts, Culture and Creative Economy, says the city's Weccacoe Playground, which sits above the burying ground, is getting a million-dollar makeover.

"This fall we will be breaking ground," Lee said. "The project is for the memorial and for the other changes that are going to happen."

The project is due to be completed next year.

"Bethel Burying Ground: A Tribute to a Sacred Space" will be at City Hall until March 13.