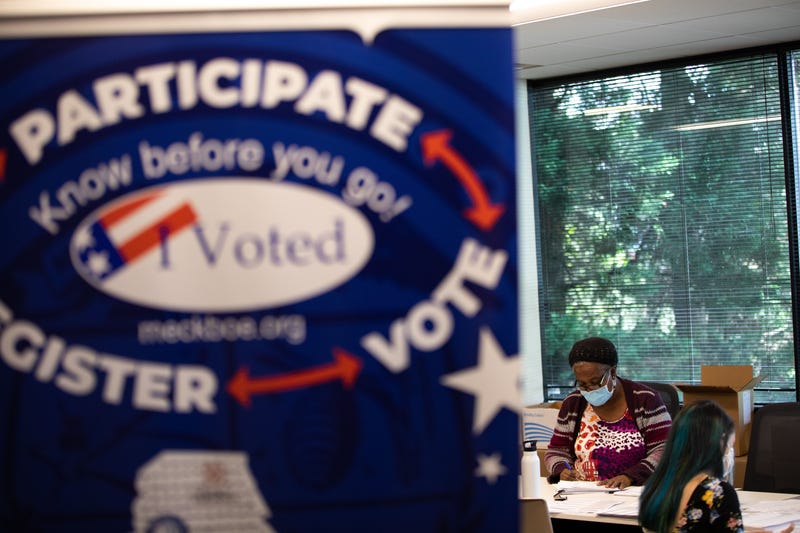 PHILADELPHIA (KYW Newsradio) — The Commonwealth Court of Pennsylvania will hear evidence, starting Tuesday, on the first lawsuit in the state challenging in-person voting conditions as a result of the coronavirus pandemic.

The lawsuit was brought by the NAACP Pennsylvania State Conference against Secretary of the Commonwealth Kathy Boockvar back in June. It seeks an order from the court that would force election officials to open more polling locations on Election Day.

The plaintiffs allege that a reduced number of polling locations on the day of Pennsylvania’s primary led to long lines, overcrowding, and mass confusion, because there was a lack of notice regarding changes to voting locations.

“A lot of voters showed up and tried to get to their voting place and couldn’t vote there anymore,” said Sozi Tulante of Dechert LLP, who is representing the NAACP in this case. “People were routed to different places, and some just gave up.”

The suit has some overlapping issues that are being addressed by the Pennsylvania Supreme Court in a case filed by Pennsylvania Democrats. The Trump campaign and Republican National Committee intervened in that case — they had a nearly identical case that was pending in federal court in the Western District of Pennsylvania.

Tulante said the NAACP case will be the first to get a hearing on evidence related to in-person voting during the pandemic. The court will hear from voters and experts on the impact felt on primary day.

“It had a disproportionate impact on Black voters in Allegheny County and Philadelphia County,” Tulante noted.

In some places, more than 80% of polling locations were closed, forcing voters to new locations, according to the complaint. In Philadelphia, the city offered just 200 polling locations. They are working to quadruple the number of polls for the general election, but the big challenge has been recruiting young poll workers.

Tulante advises voters to apply for a mail-in ballot, fill it out, and mail it or drop it off as soon as possible.

“Vote as soon as you can,” he emphasized, “that way you’ll know your vote will be in and will be counted.”

The plaintiffs will present testimony from experts and voters. The Department of State is expected to present testimony on the various changes being made in counties to ensure voters have access to polls on Nov. 3. Intervenors, the Republican National Committee and Pennsylvania Democrats could also present evidence.

The hearing begins on Tuesday and is expected to last several days.