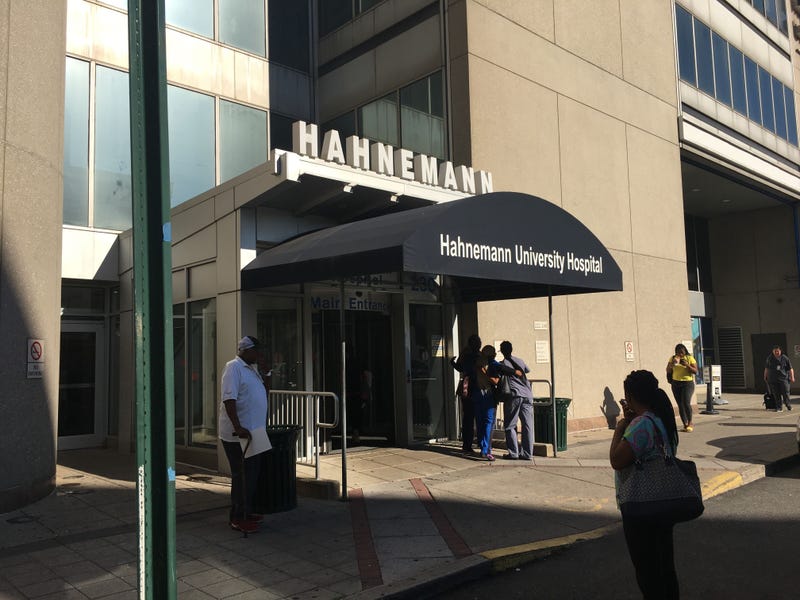 WILMINGTON, Del. (KYW Newsradio) — The owners of Hahnemann University Hospital and St. Christopher's Hospital for Children were in bankruptcy proceedings Monday in Delaware, battling over the budget for the wind down and sale of the hospital assets.

The battle over the proposed budget involves the total of ongoing payments to creditors who will provide essential services during the wind down period at Hahnemann Hospital. The owners, a.k.a. debtors in the case, include Center City Healthcare, LLC, Philadelphia Academic Health System, LLC, St. Christopher's Healthcare and others.

MidCap loaned the group $38 million to keep the hospital afloat before bankruptcy, then another $15 million after the filing. So far, it looks like Hahnemann Hospital will make good on that debt.

Earlier this month, a coalition of groups including Thomas Jefferson University Hospital won a bid to pay $55 million for the assets of Hahnemann's residency program.  While there have been objections, witnesses at Monday's hearing told the judge that if the sale is approved, the owners could get $52 million in revenue, which is millions more than anticipated.

More money is expected to be recouped from the sale of St. Christopher's Hospital, which goes to auction next month, as well as from sale of hospital equipment.

The total amount of debt is unclear at this point since creditors still have time to file claims.

More hearing testimony and proceedings are expected this week.