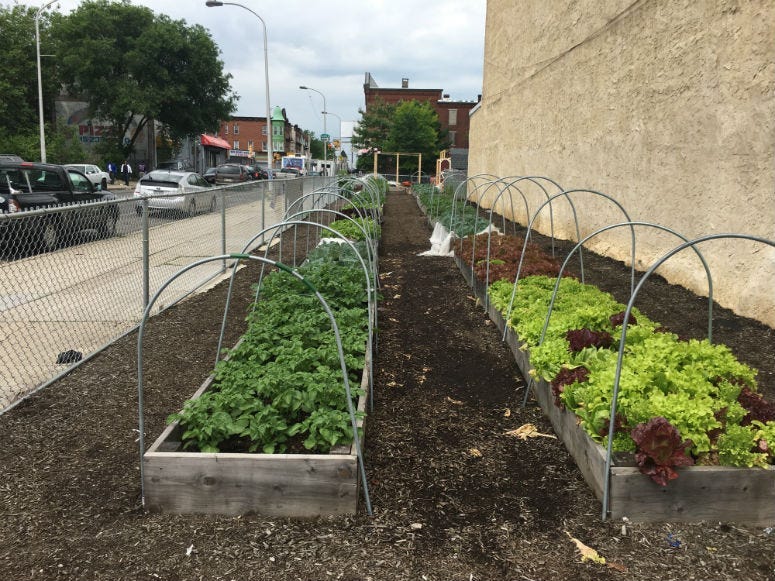 PHILADELPHIA (KYW Newsradio) — The Pennsylvania Farm Bill that Gov. Tom Wolf signed this week includes funding, for the first time, to support urban agriculture, which is booming in Philadelphia.

It's one of the poorest neighborhoods in Philadelphia, which is why Vettori chose to plant roots there.

This is one of three plots that Vettori and her staff cultivate with help from the community.

She says collaboration is really important.

"We have next to no theft, next to no vandalism. The community members watch over it. I get calls from neighbors if there's something awry. So they really take ownership and that's what we're looking for," Vettori said.

There are now close to 500 community gardens in Philly.

But Justin Trezza of the Pennsylvania Horticultural Society says about half of them could be shut down at a moments notice.

The Farm Bill provides half a million dollars in funding to help Philadelphia and other cities address that and other issues.