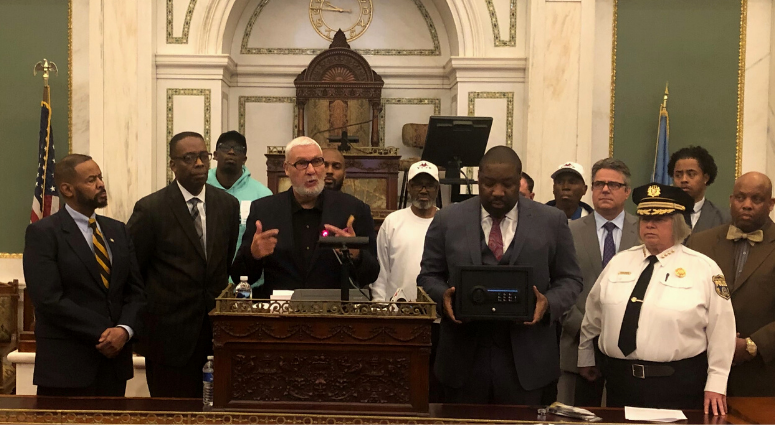 PHILADELPHIA (KYW Newsradio) — Saturday marked the launch of a citywide program where Philadelphians could turn in guns "no questions asked." The first week of the effort has now passed, and officials are hoping to do even better next week.

"We were not offering any gift certificates, we were appealing to people's conscience," said Bilal Qayyum who runs Father's Day Rally Committee, the group that organized a grassroots effort involving police, City Council and a host of community advocates to launch a "home gun check" campaign.

The campaign asks city residents to search their homes for guns and turn them in at two drop-off locations over two weekends, no questions asked.

The first one took place Saturday, and Qayyum called it a "success."

"We got six guns that were turned in — five from the Germantown section of the city, one from West Philly. But they were all guns that could be used ... in gun violence," he added.

Qayyum said two of the guns turned in were fully loaded.

"We felt good about getting those two guns in particular," he added.

The give back effort is in response to the recent rash of shootings that have claimed the lives of children, including the life of a high school football standout shot in the chest by his brother.

City residents will have another opportunity to turn in any guns found in their homes next Saturday, Dec. 14, 2019 from 10 a.m. to 2 p.m. at Taylor Memorial Baptist Church, 3817 Germantown Avenue and Mother Bethel AME Church, 419 S. Sixth Street.