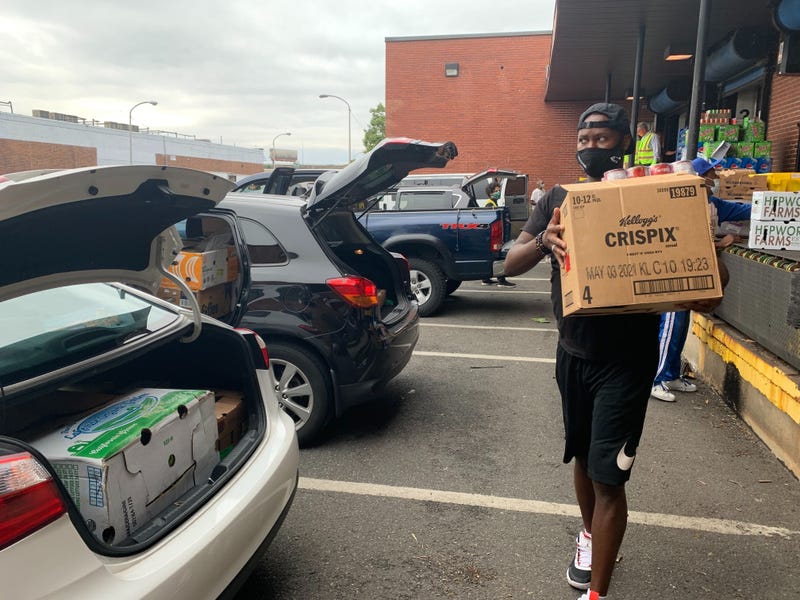 The members of Gov. Tom Wolf's cabinet helped kickstart Hunger Action Month with a symbolic show of support for those agencies that have been strained to the limit during the coronavirus pandemic.

Redding said the need for food has doubled.

Philabundance’s partner agencies are reporting a 60% increase in need across the region.

Food banks have been able to provide with the rising need so far this summer.

“We’re benefitting from what we call the ‘garden season,’ ” said Redding, but he’s worried about the next six months.

“You go into the fall and winter and you’re back into that pre-packaged product that’s got to come in from some other part of the country or the world,” he said, “so making sure we’re ready for that.”

“You had the stimulus payment, you had the unemployment compensation, so you had a lot of support,” she said. “Now I think the federal government is signaling it wants to get back to normal, and there’s nothing normal of what’s happening here.”

The Wolf administration is calling for a 15% increase in funding for SNAP, the federal Supplemental Nutrition Assistance Program.