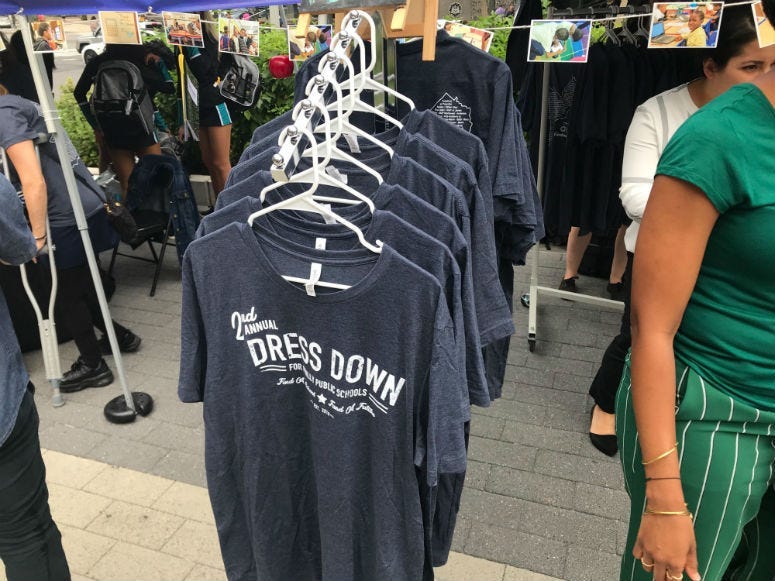 PHILADELPHIA (KYW Newsradio) — The Fund for School District of Philadelphia held a rally at LOVE Park ahead of its second annual Dress Down Day in an effort to raise money for Philly's public schools.

The Fund opened sales for Dress Down Day, where individuals across the region can buy T-shirts and pins for $35 a piece to wear to work on Oct. 4, with all proceeds going directly to Philadelphia public schools.

"They can select the school for which they would like to receive the donation," explained school Superintendent Dr. William Hite, who was on site sporting his heather blue Dress Down T-shirt.

He says the effort raised $38,000 last year, and the money helped 112 schools throughout the school district.

"In some cases it has gone to buy technology, individuals have bought instructional materials, they have bought furniture," he said.

"It's important that these teachers and our principals get the extras that they need to be able to purchase supplies and equipment and things for their kids," added Mayor Jim Kenney, who was also at the rally.

Ken Goldenberg of the Goldenberg Group teamed up with the Fund to create Dress Down Day and says the goal is to get businesses and residents to buy into public education.