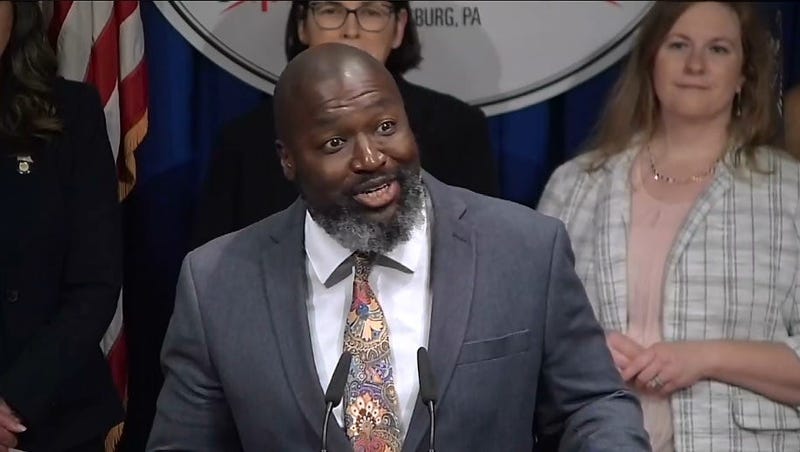 PHILADELPHIA (KYW Newsradio) — A bipartisan group of lawmakers signed off on a resolution this week signaling Pennsylvania's focus on criminal justice reform throughout the month of June.

"For far too long, our criminal justice system has not been about rehabilitation, but it's been about retaliation," said Pennsylvania State Rep. Jordan Harris, a Democrat representing parts of Philadelphia.

Harris stood alongside a bipartisan group of lawmakers Monday to announce a resolution, making June Reentry Month in Pennsylvania.

"There's many barriers to re-entry. Mine was I was unable to find a place to stay," said Matthew Charles of Nashville, who was in Harrisburg to express his support for the statewide focus on reentry.

Charles is the first beneficiary of the First Step Act, which was passed last year. After release from federal prison — even appearing at the State of the Union address and having Kim Kardashian West calling properties on his behalf offering to pay his rent — he says he remained homeless.

"The felony stigma still cried louder than a celebrity with multimillions of dollars being willing to help me," Charles said.

Tracey L. Fisher of Gateway to Reentry started Reentry Month while in federal prison and created outside of it once he was released.

"We have it in Trenton, Philadelphia, now in 67 counties in Pennsylvania," Fisher said.

Next up, Reentry Month is expected to launch in Wilmington.