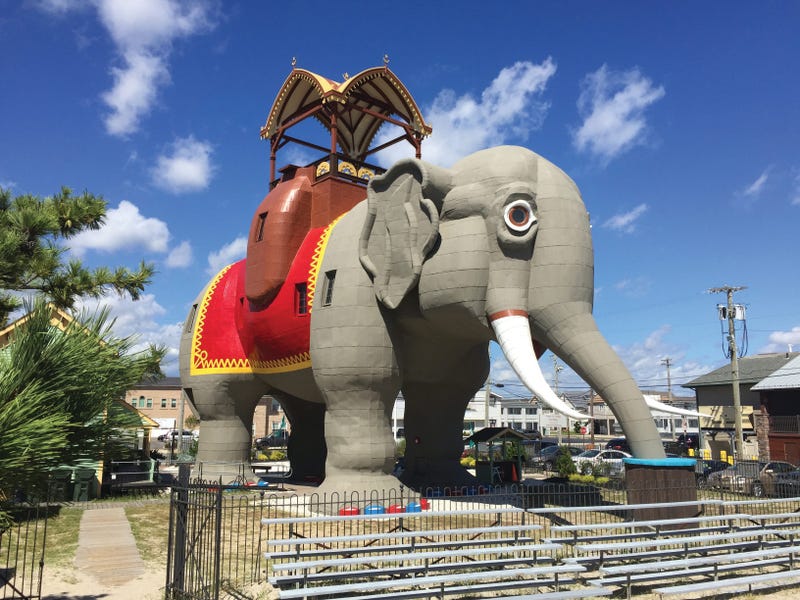 MARGATE, N.J. (KYW Newsradio) — Just in time for her 138th birthday party on Saturday, word comes that Margate's favorite girl is going nowhere. Lucy the Elephant will remain in place for at least the next 20 years.

There were worries that the 65-foot-high walk-through attraction might need a new home. And, while Lucy CEO Richard Helfant admits they've been dealing with city officials about her future for the last few years, most of those worries were unfounded.

A new lease covering the next 2 decades was approved this week by a voice vote of Margate’s council. It still requires a signature, which Helfant considers a formality.

"Every five years, the city and the Save Lucy Committee will sit down and meet and go over the previous five years," he added. "What's been going on, what's good, what needs to be addressed. And then it will renew itself for an additional five years. So in reality it’s a 20 year lease that never drops below 15 years."

Margate also gets to have five people on Lucy’s volunteer board.

On Saturday, they’re throwing a birthday party for Lucy, an annual fundraiser for the attraction, and the public is invited.

Now, they have an additional reason to celebrate.

Bottom line: Lucy's staying put, which is a good thing. Imagine having to move something that big.

Oh wait — they did that 50 years ago. No need to put the girl through that twice.