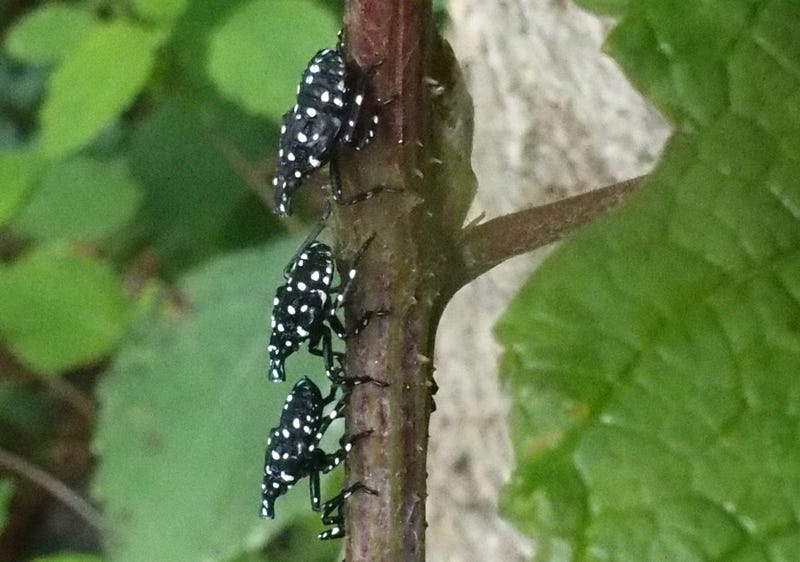 SKIPPACK, Pa. (KYW Newsradio) — The mild winter and early spring-like temperatures could mean an early appearance of the spotted lanternfly in the region.  Emelie Swackhamer is a spotted lanternfly specialist with the Penn State Extension service in Skippack Township in Montgomery County.

She says egg masses laid by adults last fall apparently have survived the winter and are plentiful. Swackhamer says if temperatures in the coming weeks remain above normal, the first spotted lanternflies could show up very soon.  "Generally, we've seen them hatch in the last week of April as the first time period and then most of them have hatched in May. So, it might be shifted up a week or two weeks, but it really depends on what kind of conditions we get between now and then,” she explained.  Swackhamer says there's still time to attack and destroy those egg masses, which look like a pocket of dried mud. She suggests doing a walk-around inspection of the outside of your home and property. As you walk around, she advises looking for the egg masses on the undersides of lower tree branches, underneath boards of your porch deck, underneath planters on the deck, on porch furniture, and even under rocks on your property. Swackhamer says you can scrape the egg masses into a container and add rubbing alcohol to it or you can just smash them and dispose of them.