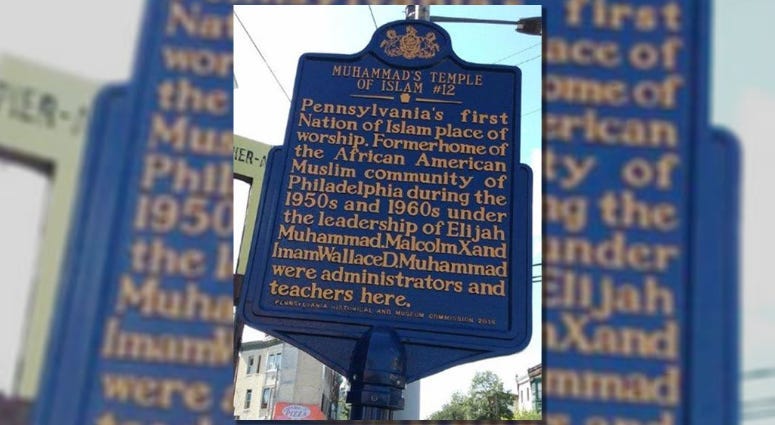 PHILADELPHIA (KYW Newsradio) — It's been nearly two months since a historical marker commemorating the Islamic Temple where Malcolm X once taught disappeared, and an effort to replace the marker is well under way.

Abdul-Rahim Muhammad runs the Islamic Cultural Preservation and Information Council and was just a kid when Malcolm X served as the minister of Temple No. 12 at 42nd Street and Lancaster Avenue.

While the temple has since relocated to Broad Street, from 1957 to 1963, it was the center of the debate and discussion about the future of black Americans.

It was also a place frequented by the Honorable Elijah Muhammad as an early leader of Nation of Islam. Abdul-Rahim began an effort to commemorate the history of the Temple in 2013 and celebrated when the historical marker was installed on Lancaster Avenue in 2016 across from ICPIC's new Africa Center.

But earlier this year, it disappeared.

"Second week of January, the marker was stolen," he said.

Abdul-Rahim reported the theft to authorities, but is now working to raise the nearly $2,000 it'll take to replace, plus another $1,000 to raise awareness about the significance of the 4200 block of Lancaster Avenue, which they call the New Freedom District.

"And we've identified over 30 Historic sites," he added.