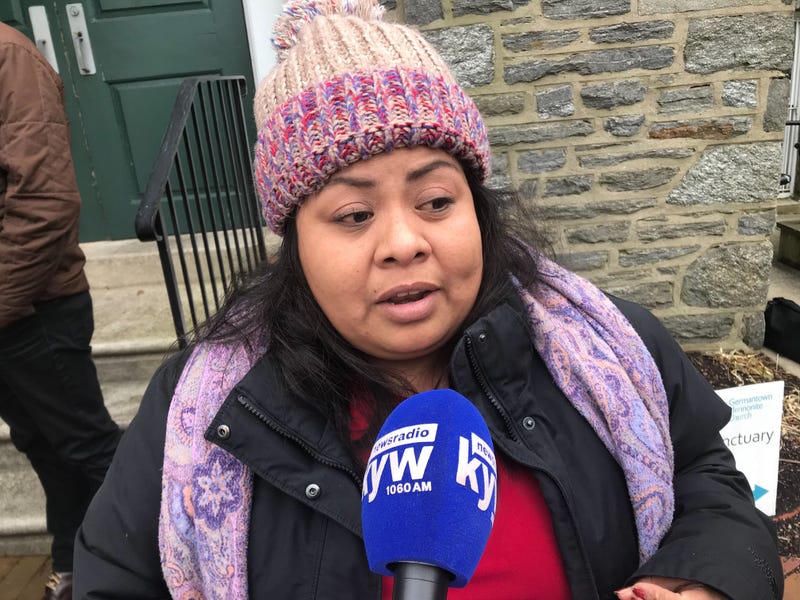 PHILADELPHIA (KYW Newsradio) — A Mexican mother of four, who moved into a church to avoid a deportation order, will celebrate her second Thanksgiving Day in sanctuary. She is launching a new form of protest to bring attention to her case.

Hernandez has lived inside Germantown Mennonite Church for nearly a year. Thursday will mark her second year awaiting a decision by ICE on her U visa application. She and her family spent the prior year inside the Church of the Advocate in North Philadelphia.

She says she believes that she and other women across the country who went into sanctuary are being punished by Trump administration for defying ICE and their deportation order. So the women are fighting back.

"If she would be deported back home, she would likely face violence — and possible death," Pacheko said.

Pastor John Bergen, who hosts Hernandez, says she fled to the United States after two relatives were murdered by drug gangs. They hold fundraisers for the family of five every first Friday and will pray alongside them on Wednesdays during the fast to pressure lawmakers to take action.