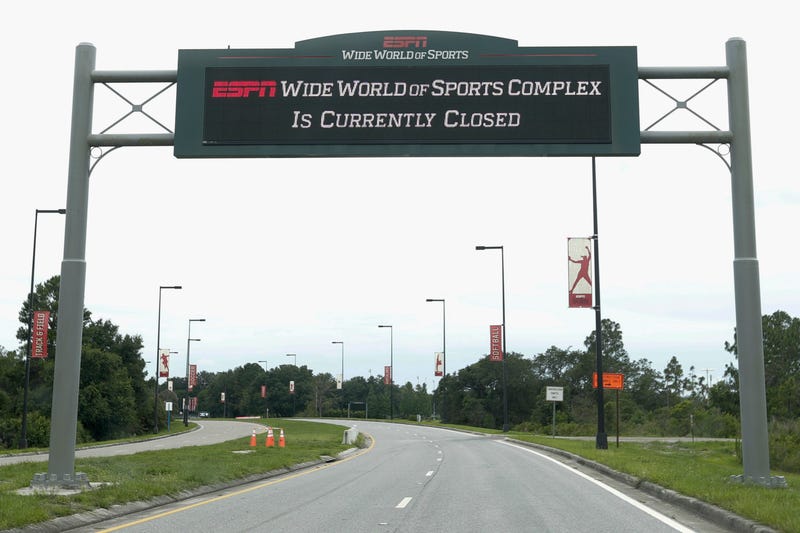 PHILADELPHIA (KYW Newsradio) — If the NBA is able to restart its season in late July with 22 teams, including the 76ers, as it's hoping to do, the health and safety protocols for the Disney World campus will be extensive.

The NBA and National Basketball Players Association created these protocols while getting guidance from the nation’s leading health expert, Dr. Anthony Fauci.

Fauci recently told the Stadium sports network, “I actually have looked at that plan and it is really quite creative.”

"I was very pleased to see that the intent was not reckless at all"Last week, Dr. Fauci spoke with @michaelkimHD on his thoughts with the NBA's return to play plan. #NBATwitter pic.twitter.com/ugzYGKQeDo

The players will have access to such vacation-like amenities as game rooms, golf course access, cabanas with misters to combat the heat, fishing areas, bowling, backstage tours and salon services.

If someone tests positive for the coronavirus, the league will not need to shut down as it did in March.

Some Disney staffers will be entering and leaving the campus but won’t be around the players. Other Disney employees will be, but precautions are in place to minimize the chance of a positive COVID-19 test.

“We’re gonna be daily testing,” Silver said on ESPN. “I think that’s one of the best safeguards for them. Of course, if we do get a positive test, we’ll be very specifically tracing exactly what context those people had, and then ... we’ll be isolating anybody who tests positive.”

The rate of positive coronavirus tests in the Orlando area has gone up.

“No one is suggesting that this is going to be an infection-free, guaranteed environment. I guess, unless we go to ... well, where would we go? What state has the lowest rate? There's just no way of finding a sterile environment probably on this planet, but certainly, not in this country," Roberts said.

She isn’t surprised by the numbers. Florida Gov. Ron DeSantis was one of the first to re-open his state during the pandemic.

“I've watched this governor behave as if the virus is an inconvenience as opposed to a virus," Roberts said. "So, I guess watching the way the state is adhering or not adhering to CDC guidelines, it's not surprising that these numbers would go up."