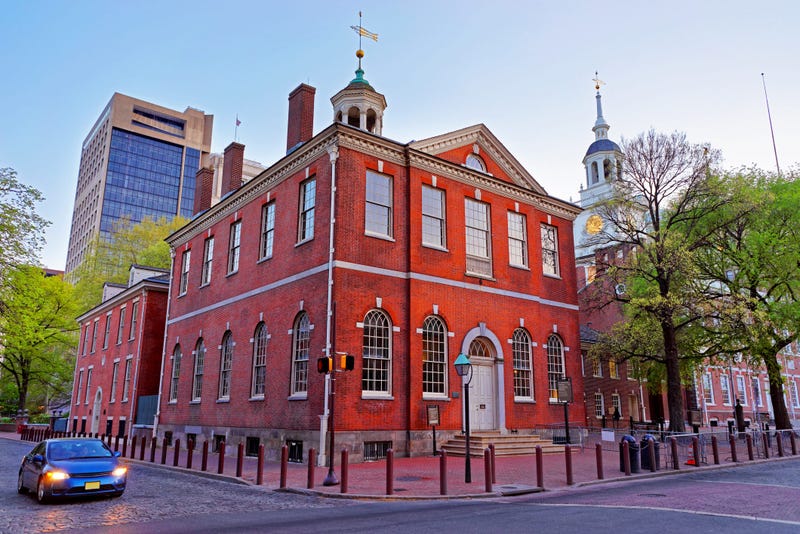 PHILADELPHIA (KYW Newsradio) — The devastating fire at Notre Dame Cathedral in Paris highlights some of the vulnerabilities of historic sites.

Even Philadelphia, one of the most historic cities in America, has had its fair share of close calls.

"It was devastating news — I mean, it is one of the world's icons of historic architecture," said Paul Steinke, executive director of the Preservation Alliance for Greater Philadelphia. He's been keenly watching the aftermath of the Notre Dame fire, hoping to learn from it.

"We are looking at what lessons that can yield for us as we try to prevent a similar tragedy from happening here," he added.

Roughly 2 percent of Philadelphia's building stock is protected as a historic landmark, according to Steinke. Similar cities have identified and protected an estimated 4 percent of their stock, which he said means there are many structures in the city that are vulnerable to destruction or redevelopment.

But where there is protection, there is risk.

"Fire is always a real and present risk," Steinke said, because building materials like timber — often centuries old, too — may be dried out from age and thus susceptible to fire.

Some owners install sprinkler systems, but the process is expensive.

"We cannot require that all building owners do that," he said. "Sometimes it's cost-prohibitive."

But Philadelphia has seen its share of terrible fires. A devastating fire claimed a more than century-and-a-half-old building at Third and Chestnut streets just last year.

"It went from being a well-maintained example to a real scar, a real wound in the cityscape," Steinke said.

Independence Hall had a close call in the 1950s when a nearby structure caught fire.

"It was like a four-alarm fire," Steinke continued, "and there was real fear the fire might leap across the street and set Independence Hall on fire."

Luckily, no damage occurred, but anytime there is a fire in the historic district, there is risk.

"Most of the shrines of American independence that we are still lucky to have have been shielded from tragedy and destruction in the time that they have been standing," he added.

Steinke hopes the fire at Notre Dame will encourage city residents to value the landmarks both around the world and closer to home.