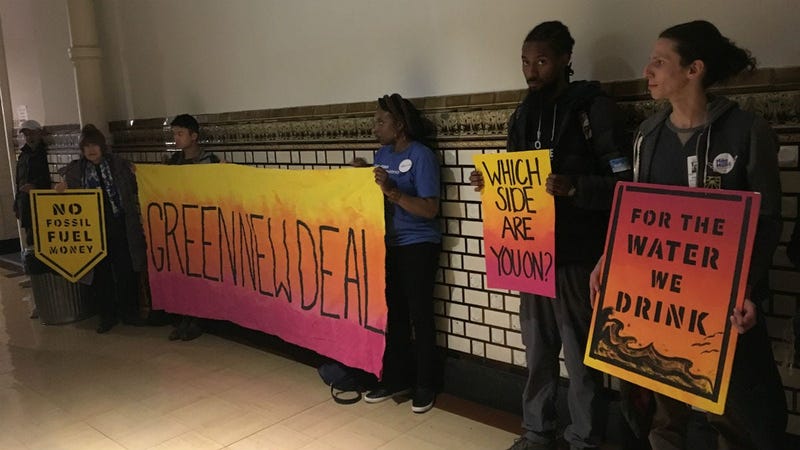 PHILADELPHIA (KYW Newsradio) — City council has put off a final vote on a controversial plan for a natural gas facility in Southwest Philadelphia, but opponents are pressing their case against it. They held a protest before Thursday's council session.

PGW says the liquefied natural gas plant would generate income, create jobs and be good for the environment, because the gas would replace polluting diesel fuel as back-up power for large-scale customers. Normally, there's an element of not-in-my-backyard-ism to protests of such facilities, but in this case, opponents such as Aru Shiney-Ajay are driven by a philosophical opposition to investing any more in fossil fuel infrastructure.

"We know, science and justice tell us, we have 11 years to transition to stop climate change and transition to renewable energy. This is a death sentence for Philadelphians," she said.

This is the sweet spot for council-at-large candidate Adrian Reyes-Rivera, a scientist, who promotes a green new deal for the city.

"Science is real, science is fact, science is data," he said. "We know that if we continue on the track we are right now, by 2080, Philadelphia will be as hot as Memphis. A third of the city will be under water."

A council committee unanimously passed the gas plant deal a month ago, but members say they're still working on amendments.