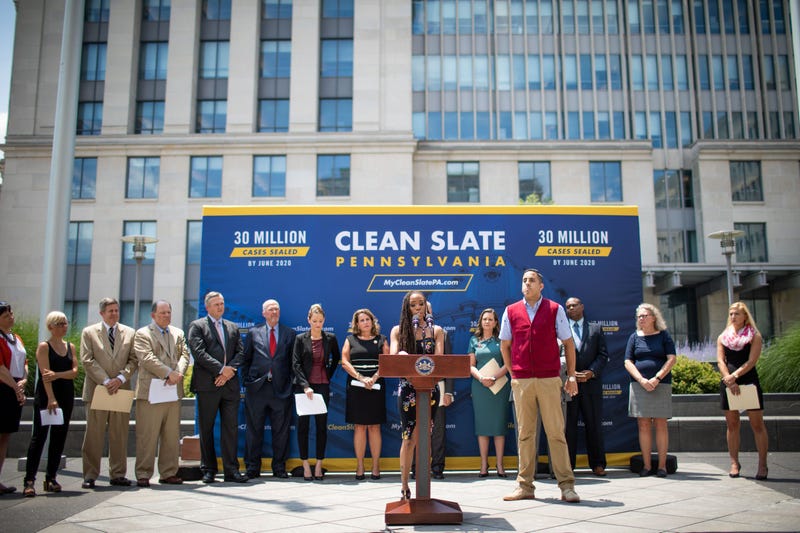 PHILADELPHIA (KYW Newsradio) — Roughly 30 million criminal records will now be automatically sealed over the next year in Pennsylvania — an effort that was signed into law last year.

The Clean Slate law will automatically seal all arrests and summary charges that did not result in a conviction, as well as any low-level, non-violent misdemeanors that are more than 10 years old, as long as all fines are paid.

"They are going to start with the newer cases that just hit the 10-year (mark) and go backward," said state Rep. Jordan Harris, who was a lead sponsor on the law.

Courts and police will work to clear nearly 3 million criminal files a month. By this time next year, 30 million files will be sealed.

"It should not come up in employment background checks, in background checks that your landlord might do, or a school might do," noted Katie Svoboda-Kindle, a lawyer at Community Legal Services of Philadelphia (CLS).

CLS launched mycleanslatepa.com to help those with criminal records pull up their file and determine which records are eligible for automatic sealing — and when. It also provides resources for attorneys that can help with expungement petitions for some misdemeanors, and pardon information for high-level misdemeanors and felonies.

Svoboda-Kindle said clearing records can have a huge impact, especially since less than 7 percent of those with expungeable records actually filed petitions.

"People who got their record cleared, their income increased by 25 percent in two years," she added.

According to CLS, nearly 3 million Pennsylvanians have a criminal record, many with of which have never been convicted of a crime. Due to the rise in background-checking, even a minor record can now cause lifelong barriers, like a lack of employment, housing or education.

The nation’s poverty rate would have dropped by 20 percent over the past several decades if not for these barriers created by criminal records, says CLS.

Clean Slate is part of a bundle of criminal justice reform efforts in Pennsylvania. Other bills include probation and parole reform and reforms to state licensure requirements.

Jenna Moll, deputy director for the Justice Action Network, lobbied in Pennsylvania for the Clean Slate bill. She's pushing for similar legislation on the federal level.

"There's a bill in Congress, and we expect dozens of more states that will seek to do the same thing," she said.