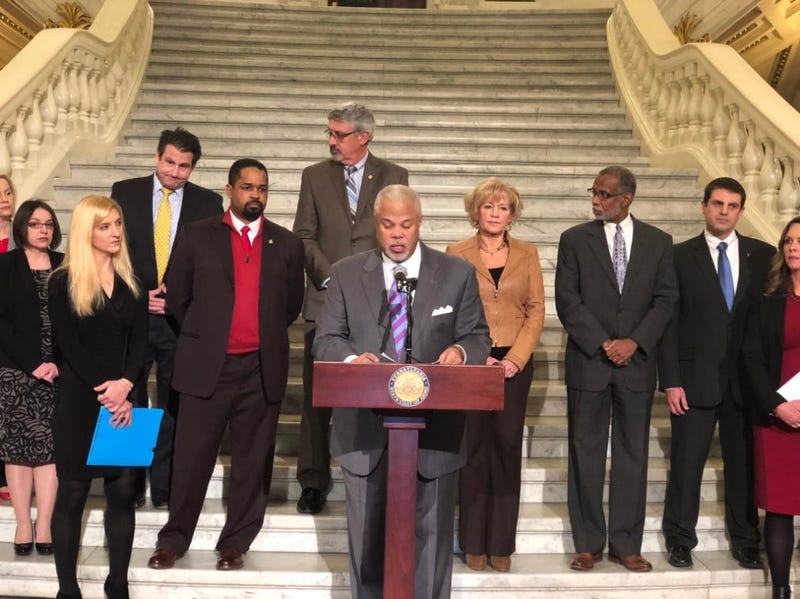 HARRISBURG, Pa. (KYW Newsradio) — The Pennsylvania Senate has introduced a bill that would reform the commonwealth's probation system — legislation that was inspired by rapper Meek Mill's case.

Robert Rahmeek Williams, aka Meek Mill, was sentenced to two to four years in prison for a technical probation violation in 2017. His original sentence was just two years — and that was back in 2008.

"The time he served because of technical violations greatly extended the amount of time he would have served," said state Sen. Sharif Street (D-District 3). "When we have high-profile cases that draw our attention to circumstances that should not apply to any Pennsylvanian, it's up to us to address those circumstances."

Senate Bill 14 would address Mill's case and many other similar matters by capping the length of probation at five years for felonies and three for misdemeanors. It would also shorten the length of probation for good behavior and use the Pennsylvania Commission on Sentencing guidelines to curb judicial discretion when it comes to dealing with technical violations.

.@MeekMill’s advocacy has given us an opportunity to fix a broken Parole system in PA that actually drives mass incarceration. #smartjusticePA #REFORM pic.twitter.com/a0oNUtzZC6

"An individual who receives a traffic violation should not receive a prison sentence just because they are on parole," added state Sen. Camera Bartolotta, (R-District 46).

Currently, practices within the parole system vary between counties, resulting in extended sentences for minor violations, including any contact with police or non-payment of fines.

Williams, the prime sponsor for the bill, said bipartisan support makes sense. It will save the commonwealth money and get more people who have completed their prison sentences fully integrated back into society.

Proud and excited to be a part of the roll out of the newly created nonprofit @REFORM. We got #cleanslate done now we have a lot more work to do! @MeekMill @RocNation @mustafarashed @RepHarris @GovernorTomWolf @PAAttorneyGen @PaSenateDems pic.twitter.com/mLdBER0id8

Williams and a number of other lawmakers, including Pennsylvania Gov. Tom Wolf and Attorney General Josh Shapiro, were in New York last week with Mill at the press launch of the Reform Alliance, a criminal justice reform advocacy group backed by Mill, Jay-Z, Sixers co-owner Michael Rubin, and many others.

The group will be led by CNN commentator, author and lawyer Van Jones.

Williams noted that while there is no joint bill in the House, he believes there is political will to pass the bill.