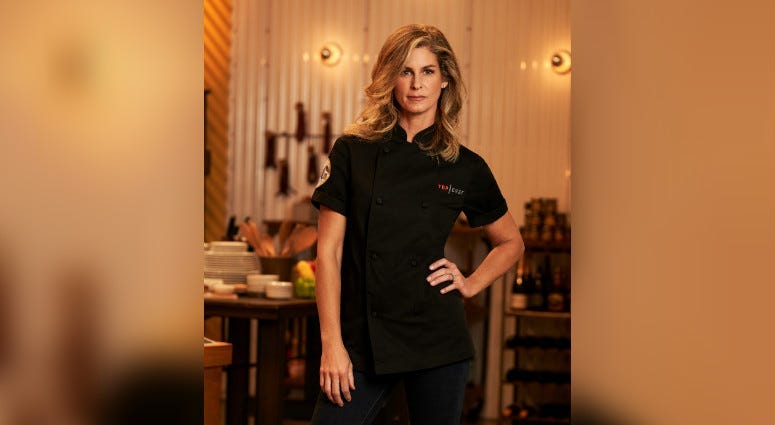 PHILADELPHIA (KYW Newsradio) — A Philadelphia chef will be competing in the next season of Top Chef on Bravo, but this time, she's a pro who will return for "Top Chef All Stars."

Chef Jennifer Carroll of Spice Finch is the only Philadelphia chef appearing next season, which airs Thursdays beginning March 19. However, as she pointed out, Philadelphia chefs have represented the city well in the the past. "We have two Top Chef winners, Nick Elmi and Kevin Sbraga," she mentioned. "Silva (Senat) was a contestant, we had Natalie Moronski who was a contestant, Jason Ciconski, Jennifer Zavala, Eddie Conrad."

This will be Carroll's third time on the show, not including the spinoffs in which she participated, "Top Chef Duels" and "Life After Top Chef." She said the first time she knew who would be on the show with her that first day of filming, "I knew that pretty much everybody in the room was going to be a threat."

During the six weeks of filming, contestants were largely sequestered from the rest of the world. "Since we filmed in Fall, that's when the beginning of Trump's impeachment was starting and we had no idea," Carroll explained. "So they don't want any of that news to influence us or our conversations because it might be be relatable anymore."

Catching up on life after filming was its own effort. While she said there's a lot that happened on the show that she can't talk about, being cut off from everything was equally fascinating.

"You turn your phone on and it just explodes with emails and text messages and everything, and you don't even know what to do," she said of trying to catch up after filming. "You figure out the news and you're like, what did I miss?"

Carroll said she loves the city and didn't mind being the only one to represent it this year. "I am Philly-born and raised, she declared, "and I will always be a champion for Philly no matter where I am in the world."