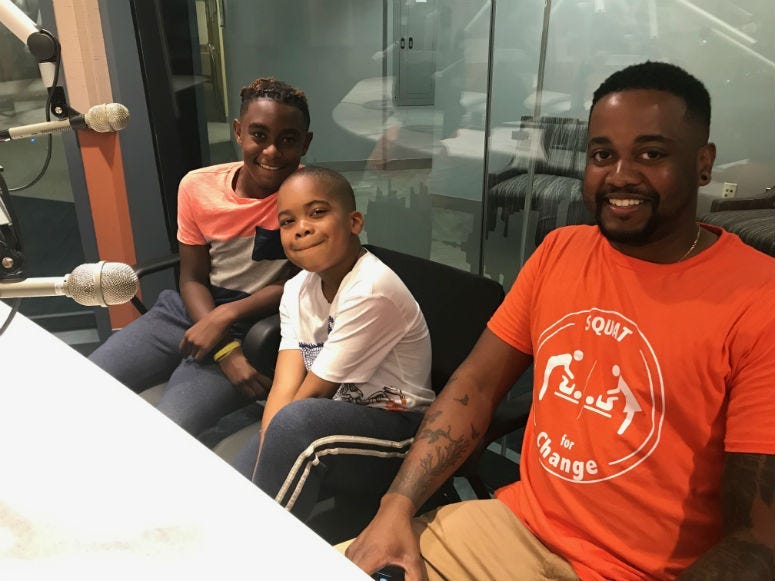 PHILADELPHIA (KYW Newsradio) — A Philadelphia native who founded a movement to get more changing tables in men's rooms now has big names behind him.

His 12-year-old snapped the shot, and everything changed two weeks later.

Palmer's image and hashtag #SquatforChange started a movement, sparking men from around the world to call for changing table equity.

"Dads from South Africa, Australia, Brazil, South America, UK and Canada reached out to us to say 'you have showed all our struggles as parents,'" said Palmer.

Then, Palmer said he asked Pampers to help on Super Bowl Sunday.

"I sent them a message on Instagram, and they sent me a message 10 minutes later," he said.

The company enlisted partner Koala Care, and now they have pledged to put 5,000 new changing tables in public men restrooms in the U.S. and Canada by 2021.

"It just took it to the next level," said Palmer of the company and Legend's involvement. "It will reach a mass number of fathers."

Pampers and Palmer encourage dads to join the movement by sharing their personal stories of bonding with their children on social media using the hashtag #LoveTheChange.

A former teacher, Palmer now lives in Jacksonville, Florida, and launched the nonprofit Squat For Change, where he now focuses his efforts full time.

He says they will push for changing-table legislation and for more business to buy into the movement, hoping to make it equal for dads everywhere.

"We're changing diapers, we're feeding our sons, taking them to football practice all by ourselves. So, yes, we need those tables," he said.

Philadelphia is on a list of cities slated to get some new men's changing tables in libraries and other public places.