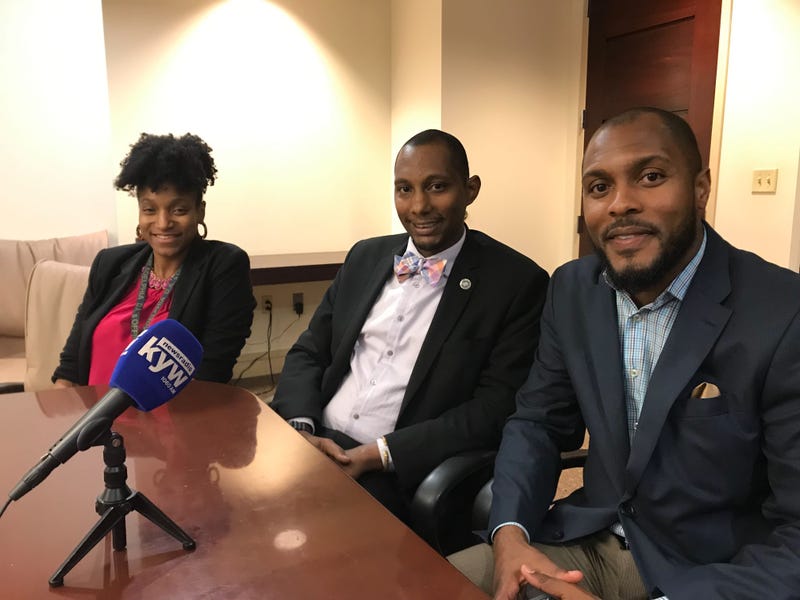 "There's a need to build bridges between marginalized communities and the justice system as a whole," said G. Lamar Stewart, assistant director of community engagement for the D.A.'s Office.

"We have SEPTA, we have the city of Philadelphia, all of the agencies — the Philadelphia Water Department," says Stewart. "If we can provide a person with a service before they go into the justice system — then we've won."

"We are trying to build trust so that when people see the D.A., it's not just because someone has been shot or there's a stand-off with police," said Mike Lee, director of government affairs for the D.A.'s Office.

He says this hub is part of Krasner's public health approach to criminal justice.

"We are trying to give people hope," he said.

Keziah Cameron, in victims services, says the Hub represents a more holistic approach to criminal justice — bringing in in churches, community groups, anti-violence organizations and a variety of employers and agencies across the city to deliver services to communities to help prevent crime before it happens. And to built trust.

The first One-Stop Job and Resource Hub will take place Thursday from 5 p.m. to 8 p.m. at the Columbia North YMCA at 1400 N. Broad Street.