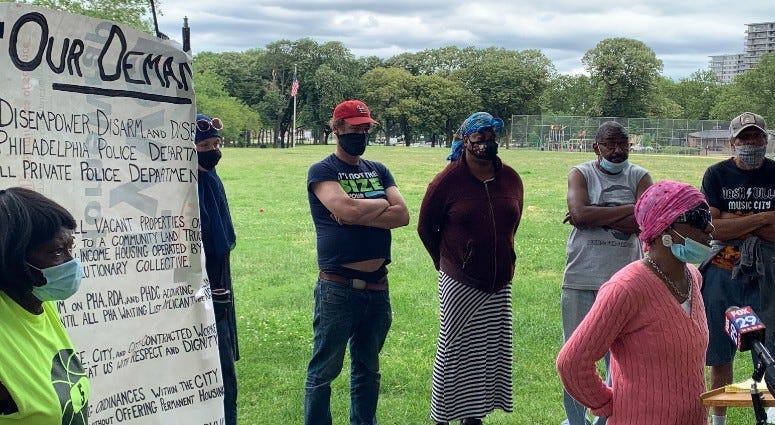 “They're sending individuals to shelters where they sit in a chair and they must leave every morning with all of their belongings, so they feel more comfortable doing this until permanent housing options are available,” explained Jennifer Bennetch with Occupy PHA.

She said the group plans to be there until all eight of their demands are met, with a main request being the city repeal camping ordinances, so communities like theirs will not be disbanded.

Indigo said they want the city to repeal camping ordinances, so groups like theirs can thrive.

The other demands include asking to city to “disempower” the Philadelphia Police Department and all private police departments; fire city workers who don’t treat those who are homeless “with respect and dignity”; sanction camp on the Parkway and other encampments as legal, valid, and no police zones; a moratorium on PHA, PHDC, RDA acquiring or selling properties until all PHA waiting list applicants are housed; stop service days, homeless sweeps and “activities that harass unhoused people.”

The protesters are also asking for the city to provide them with affordable tiny houses, and to give them use of city-owned properties that are not being used.

The protest has grown from five tents to more than 120 in less than a week.