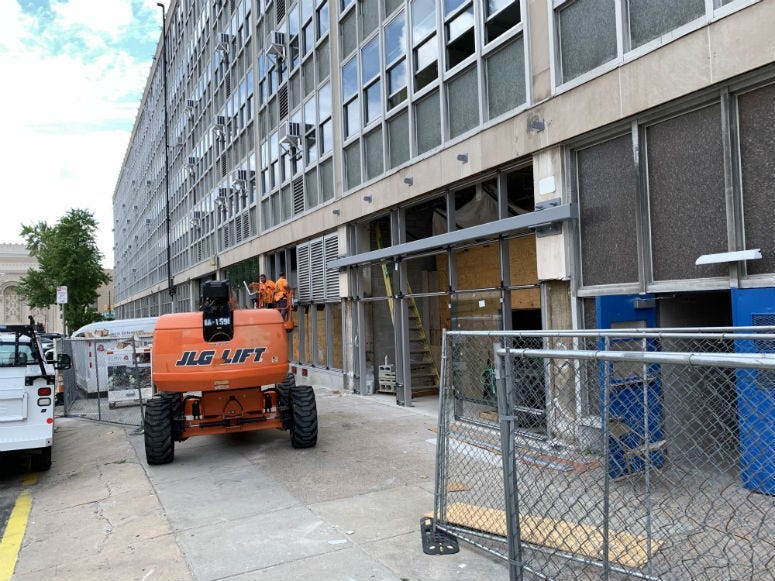 PHILADELPHIA (KYW Newsradio) — The new school year will bring dramatic changes for two Philadelphia high schools on opposite ends of the academic spectrum, as the schools will be sharing the same building.

So one of the city's top magnet schools, SLA, is moving in with Franklin.

"They're definitely distinct schools. But there are things that, where we can come together, we wanted children to have the experience of being in a community. Because, really, that's how the world works," said Shawn Bird, district chief schools officer.

Superintendent William Hite said the students have already been collaborating.

"Those two groups of young people have been meeting together. They've actually informed this project from the first day," Hite said.

The district spent $37 million to renovate Ben Franklin, building a wall separating Franklin on the east side and SLA on the west.

The two schools will have separate entrances with metal detectors, but students will share common areas on the first and sixth floors.

"My greatest hope is that these two distinct schools can come together and thrive and be a real model for the city of how our young people can and do get along," Bird added.