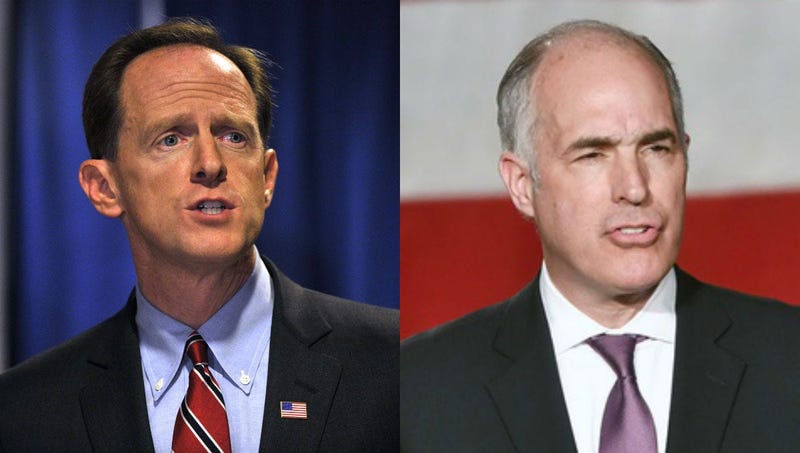 It's not a big surprise that Senate Democrats voted for the measure, but 12 Republicans broke party lines to do the same, including Pennsylvania Sen. Pat Toomey.

"I said when I ran for re-election I would support any president when I agree with the president, and I would stand up to a president of either party when I disagree," Toomey said.

Toomey thinks the government should fund the border wall. He cited a time when he voted to appropriate $25 billion for border security, including $18 billion toward a wall.

"There's a real irony to this, because I fully support the actual policy of building a physical barier wall," Toomey said. "And I think the president's request for $5.7 billion was a very resonable request."

However, he believes the president is not going about getting money for it in the right way.

"His policy, my concern is, it undermines a very, very important principle of our Constitution, which is the separation of powers," Toomey said.

He said the president declaring a national emergency to get that funding sets a dangerous precedent.

"We have Elizabeth Warren running for president of the United States. She has already declared that she would, if president, she would make an emergency declaration about climate change," Toomey said. "Who knows what kinds of unauthorized spending she would choose to engage in."

Republican Sens. Lindsey Graham, Ted Cruz and Ben Sasse tried and failed to get Trump to pull back on his call for a national emergency.

"Republicans voting against the president on a high-profile issue, it's in the face of a lot of pressure," Casey said.

The Senate did not have enough votes on the resolution to override a presidential veto.

Casey expects the declaration to end up in the courts.

Trump has tweeted that he will veto the resolution of disapproval.

I look forward to VETOING the just passed Democrat inspired Resolution which would OPEN BORDERS while increasing Crime, Drugs, and Trafficking in our Country. I thank all of the Strong Republicans who voted to support Border Security and our desperately needed WALL!