First US case of COVID-19 omicron variant detected in California 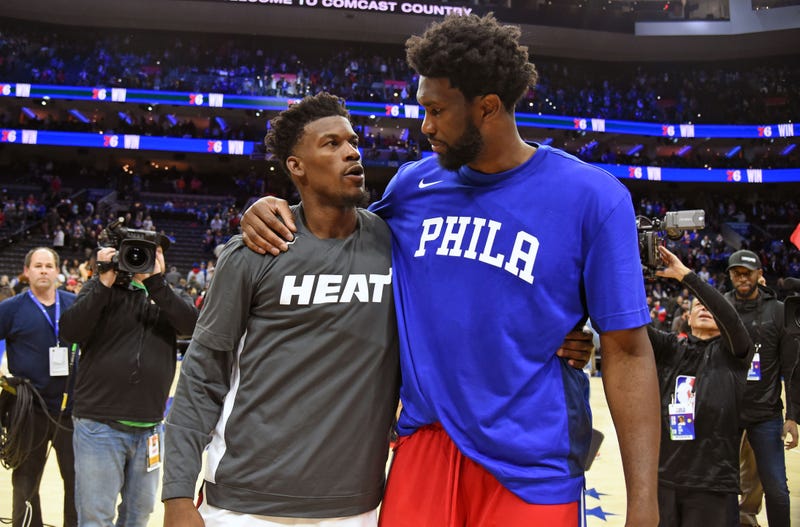 What current Sixer was tweeting about Butler's performance as he carried the Heat on Monday night?

That would be Joel Embiid.

Then he tweeted "Jimmy Butler #TooGood."

Last month, before the postseason on JJ Redick’s “The Old Man and the 3” podcast, Embiid admitted it was frustrating getting used to a new offense without Butler and Redick.

"I won't lie. During the season, I was not myself. I was not there. I just wasn't comfortable. The offense wasn't the same. Basketball was not the same to me," he said.

"The way things happened last summer, it was just so frustrating, so I was kind of, like, mad at the whole world, and I was just, like, 'Eh, whatever. I'm just coming to work, and I'm gonna do my best,' but I wasn't playing up to my standards."

Embiid later speculated on the podcast about the Sixers' chances in the postseason.

"It was hard. It was a big change, but you adjust. Every year is gonna be different, and this year was different, but I still believe we got a big chance to make it happen. We can win the whole thing.

We know that didn't happen.