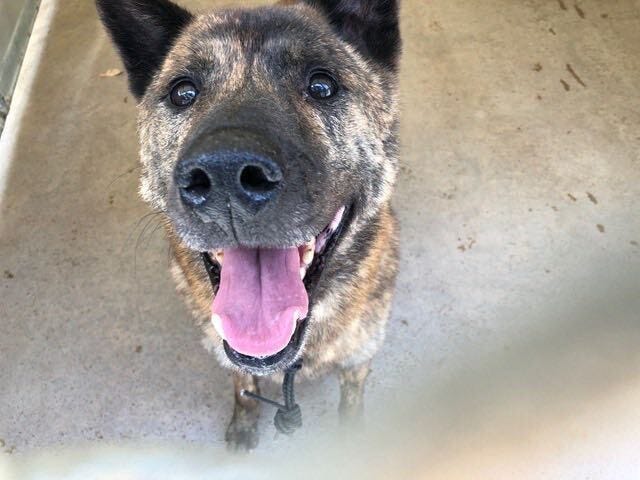 According to the Animal Welfare Association's executive director Maya Richmond, they were starved and cramped inside chicken wire cages.

When they arrived, Richmond went on to say, "some of the dogs tested heartworm positive, some were malnourished, a few were a bit shy, but others adapted quickly and one even wagged its tail."

AWA received the dogs from the Humane Society International, which the organization has worked with a few years before.

“These dogs are raised in small cages, not really let out to run or play, there's no covering on the cages, just wire bottoms, so the feces and everything falls through the cracks and they just step on it and are given minimal water and food. They have no care and barely any human interaction,” Richmond said.

She said the time frame on this rescue delivery was a bit accelerated than previous rescues from the Humane Society International.

"The farm that these dogs came from was closed down in May and because of COVID, they were delayed in Korea and weren't able to fly out soon as possible. And so when the clearance came, it wasn't with a lot of notice,” she said.

Richmond said AWA is very happy to have the pups, and she's excited that this rescue offers a huge variety than before.

"Back in 2016, when we took our first Korean meat dog transfer, the varieties were a little like 40-pound dogs, all very similar looking. This transport overseas was very different. We had small dogs like a poodle and a couple beagles, and then there were these large Jindo dogs, they're like these large dogs that look like German shepherds but whiter fur, darker brown fur and they're about 40 pounds. And then we had a couple of incredibly large dogs,” she said.

The dogs will all be spayed and nurtured and ready for adoption by Monday, added Richmond.

If you're interested in adoption, you can check out AWA's website for more details. Richmond encourages those interested to stop by and meet these new additions looking for their forever homes.