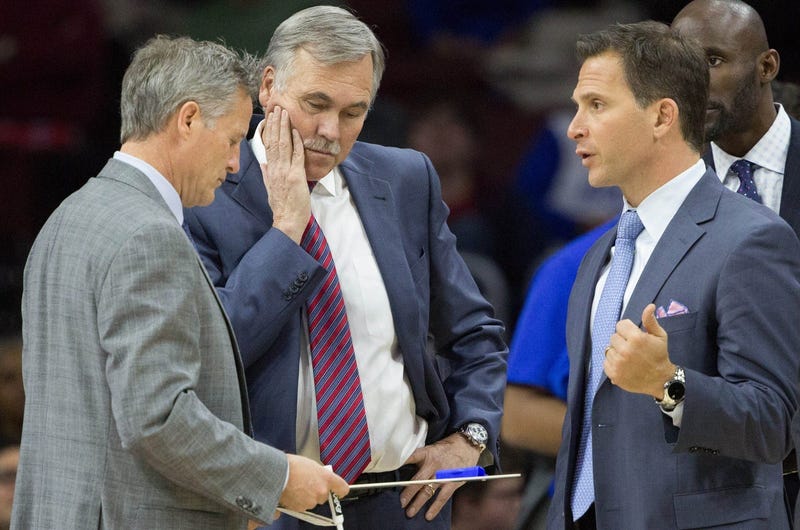 Former Sixers assistant coach Billy Lange has been named as the Hawks' next head coach, replacing Phil Martelli, who was fired after 24 seasons.

Lange, a South Jersey native, has plenty of coaching experience in the Philadelphia region.

Prior to joining the Sixers, Lange was the associate head coach under Jay Wright at Villanova University. Before that, he was an assistant coach at La Salle University and at Philadelphia University under Hall of Fame coach Herb Magee.

Lange is also the former head coach at Navy. Before taking the job at Villanova, he led Midshipmen for seven seasons from 2004 to 2011.

Lange takes over a Big 5 basketball program that finished the 2018-19 season with a 14-19 record and hasn't made the NCAA Tournament since 2016.

Statement on behalf of 76ers Head Coach Brett Brown:The pairing of Billy Lange as the head coach of the St. Joe's basketball program is an incredibly natural fit. pic.twitter.com/AAbozciIm9

Billy Lange, a coach with wide-ranging experience on the professional and collegiate levels, will be the next coach of the Saint Joseph’s men’s basketball program. He will be formally introduced in a press conference next week.Release: https://t.co/lVQmUIlds0 #THWND #SoarHigher pic.twitter.com/IFE4VmN9Gp