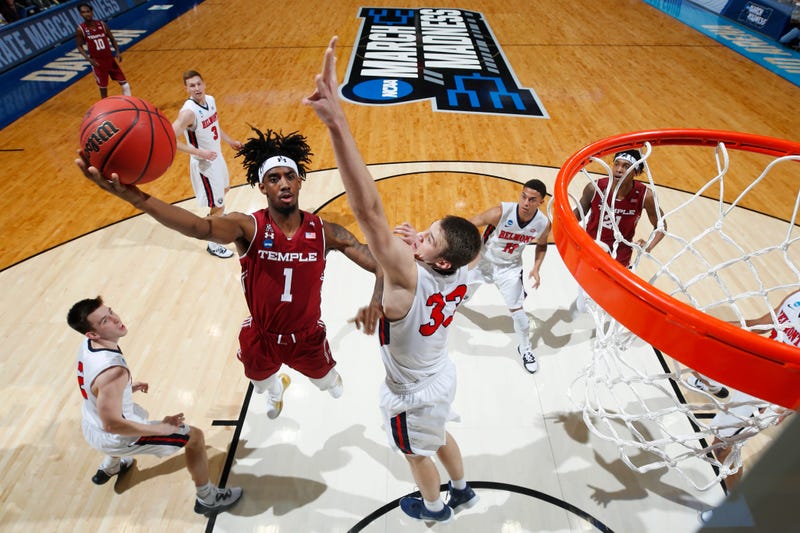 PHILADELPHIA (KYW Newsradio) — The Temple Owls will return to action Tuesday night when they take on the Miami Hurricanes in Brooklyn as part of the 2019 Air Force Reserve Basketball Hall of Fame Invitational.

It has been a strong start to the season for the Owls under first-year head coach Aaron McKie. They bring a 7-2 record into Tuesday night's game.

"Early on, we got out of the gate pretty good as a defensive team, and that's what's really carrying us right now," McKie said. "The defensive side and our strength in numbers. We can play eight, nine guys out on the floor, rotate fresh bodies in and out of the game, and I think that serves us well and it helps us wear teams down."

The defensive numbers for the Owls really are impressive. They are holding opponents to 60.1 points a game on 35% shooting from the field overall and just 28% from three. Temple is also out-rebounding opponents by nearly five a game.

"Defense boils more down to desire, and our guys certainly have the desire and the 'want-to' to get out there and defend," McKie noted. "It starts with the individual and then you look at it collectively. And we have some versatility.

"We've got a bunch of 6-foot-6-inch, 6-foot-7-inch guys that can move their feet and rebound the ball well. So it helps us out a lot having that versatility and that athleticism."

Temple will face a Miami team that is 6-3 on Tuesday night. The Hurricanes have won their last two games.