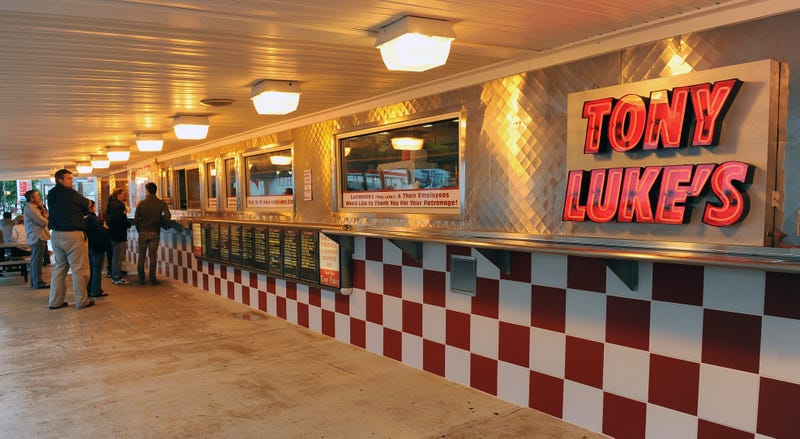 PHILADELPHIA (KYW Newsradio) — The founder of the iconic Tony Luke’s cheesesteak shop in South Philadelphia and his son have been indicted on charges of tax evasion.

The owners — 82-year-old Anthony Lucidonio Sr. and his son, 54-year-old Nicholas Lucidonio — are accused of hiding more than $8 million in cash receipts from the IRS for a decade.

Authorities say between 2006 and 2016, they deposited only a portion of restaurant receipts into business bank accounts, concealing “substantial” information about their actual income.

The indictment also alleges the Lucidonios committed tax fraud by paying employees a portion of their wages off the books in cash.

Even further, the indictment alleges the Lucidonios became concerned in 2015 that their scheme would become public, so they altered 2014’s tax returns to increase reported sales. But by doing so, officials say they “substantially offset the increase in reported sales and the additional taxes that would be due by claiming additional false and fraudulent expenses.”

“Tony Luke’s is an iconic Philadelphia brand, but that is not what matters in the eyes of the law,” said U.S. Attorney William McSwain. “And when the defendants thought their scheme might be discovered, they allegedly cooked the books even further to cover their tracks.”

“Their actions not only caused a loss to the government,” added IRS Criminal Investigations Special Agent in Charge Thomas Fattorusso, “but it also put their employees at risk of losing future Social Security and Medicare benefits.”

Both are charged with conspiracy, four counts of tax evasion, and 19 counts of aiding and assisting in filing false tax returns.

If convicted, they face a maximum of five years in prison for the conspiracy charge and each count of tax evasion, and three years for each false return charge, as well as a $6 million fine.

Tony Luke Jr. was not named in the indictment.