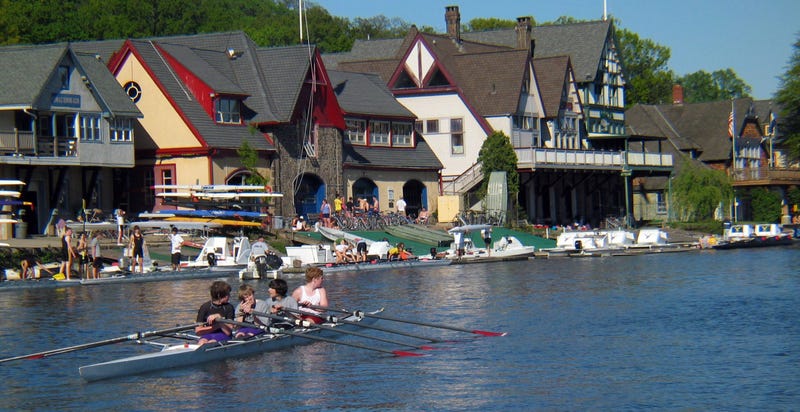 PHILADELPHIA (KYW Newsradio) — After years of warnings that the Schuylkill River was in danger of becoming impassable, city and local university officials announced Wednesday that together they have raised $4.5 million for a dredging project.

The Schuylkill Navy, which oversees Boathouse Row, raised the alarm three years ago about sediment build-up that was creating safety issues and threatening time-honored and economically important events, like the Dad Vail Regatta.

The project will begin later this summer, according to Mayor Jim Kenney, who made the announcement for what was a large and long group effort.

"These events are not only beloved traditions but economic drivers for the tourism they bring to our city and our region," he said.

The U.S. Army Corps of Engineers had carried out the dredging for two decades, but it no longer had the budget for it. Last fall, Parks and Recreation Commissioner Kathryn Ott Lovell said the city gathered local colleges — those that have crew teams that row on the river — to discuss a course of action.

The University of Pennsylvania pitched it $750,000 — the largest donation. Penn President Amy Gutmann compared it to polishing the Liberty Bell.

"From time to time, Philadelphia's most beloved icons really need some polishing," she added.

The city will kick in about $500,000, and it plans to introduce programs to increase access to the river.

Gutmann compared the universities' funding efforts to the action of rowing itself.

"To row successfully, you must be perfectly attuned to the others on your team, and when it all comes together, magic happens, and the sweep of all of those rowers together, that moment is known as being in swing, and here today, working together, we are in swing."