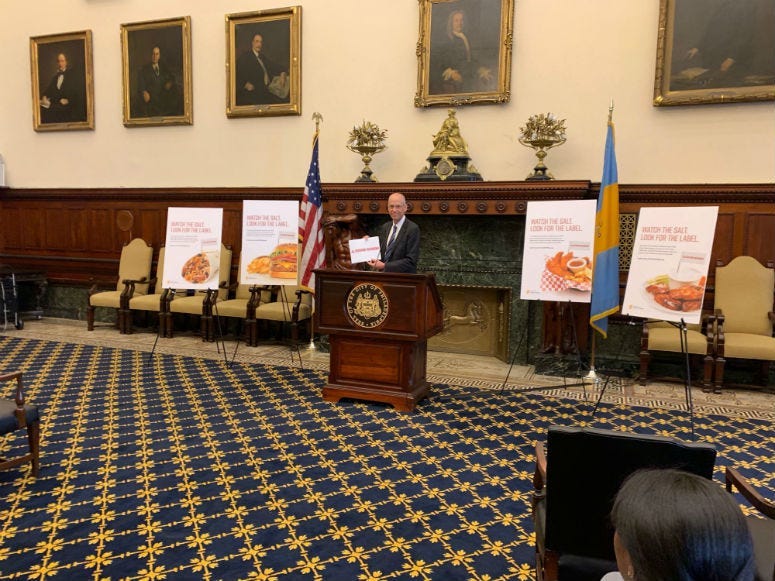 PHILADELPHIA (KYW Newsradio) — Beginning this weekend, chain restaurants in Philadelphia will have to display warning labels on menu items with high sodium levels. The new regulation is aimed at preventing one of the leading chronic illnesses in the city.

One third of adults in Philadelphia have high blood pressure, a leading cause of heart attack and stroke, and Jennifer Davis of the city's American Heart Association chapter, says just as troubling is the disparity in who gets it.

"The prevalence of hypertension varies, based on your zip code or where you live," she explained.

In demographic terms, the rate is 45 percent for African American adults and 32 percent for whites. All of this motivated Councilmember Blondell Reynolds Brown to propose warning labels on foods high in salt, which aggravates the condition.

It took months and many compromises before it passed last year.

Among them is a compromise that chains would get a year to implement it. Even at that, many have asked for a six-month extension to comply, so you won't see the salt warning labels in many places right away, but you will see ads and billboards telling you they're on their way and what they mean.

"We have tested these ads so that people are aware this is something they should look for when they go to a restaurant," he said.

The warning label is pretty straightforward, with "Sodium Warning" in black or red with a little yield sign that Farley hopes will clearly signal to use caution when ordering.

They'll be on items that contain more than the 2,300 milligrams of sodium recommended for a full day.