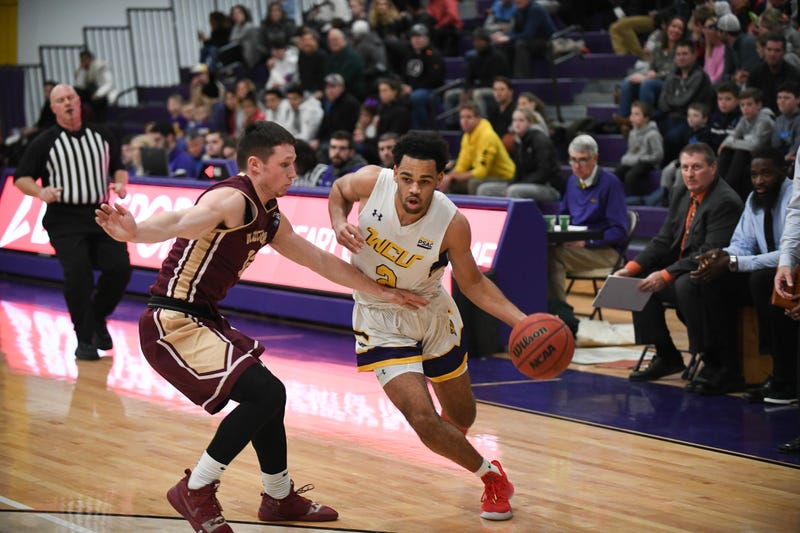 "To be honest, as soon as I woke up, I felt kind of bouncy. I felt good," he said. "I was listening to my music, driving around out to go get some compression shorts, go and get some Wawa. I just felt good, I felt upbeat. And I even said to my boy Colin Daly on the team before the game, 'I feel good.' He's like, 'Going to get 40 (points) then?' And I topped him, I got 50. So that's pretty good."

It also is not a fluke, as Heath has enjoyed a magnificent freshman year. He leads the Pennsylvania State Athletic Conference in scoring at 23.7 points per game, and he leads West Chester in rebounding, pulling down 7.2 caroms a contest. He talked about how he would describe the style that's allowing him to have all this success.

"Coaches have been trying to put a label on me, saying I'm not a point guard because I'm taller, and I'm not a shooting guard because I'm smaller than shooting guards," he said. "So I look at players like (former 76ers and current Clippers guard) Lou Williams and Donovan Mitchell (of the Utah Jazz), who I like to call BGs. And BGs stands for 'Bucket Getters.' So I feel like I'm in that type of playing style, I'm a score-first player who attacks the offensive glass, also attacks the defensive boards, and can take my man off the dribble."

Heath will look to get more buckets on Wednesday night when 16-8 West Chester visits Kutztown.