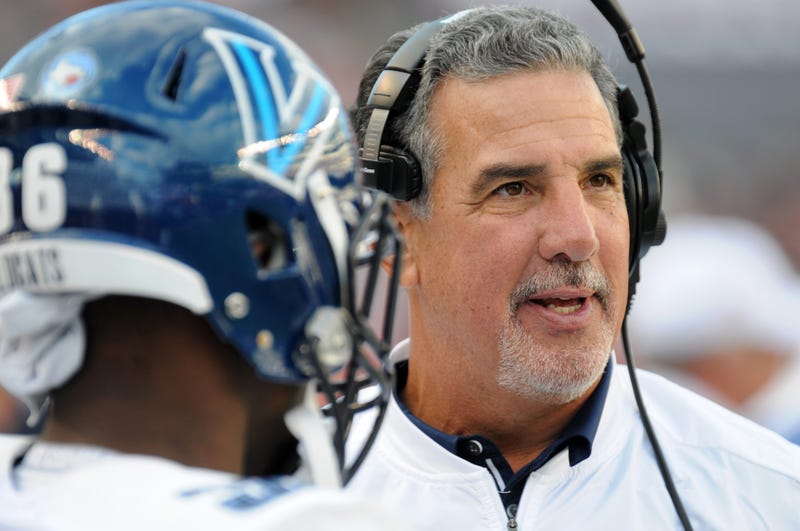 The Wildcats are coming off a 5-6 2018 season that saw them deal with several significant injuries. With the bulk of the spring in the books, head coach Mark Ferrante likes what he sees in his 2019 squad.

"Things are going well," he said. "We had good training prior to spring ball, when they came back in January and February. A lot of energy, excitement and enthusiasm in the weight room and some guys making some significant strides in there.

Ferrante explained how that energy has played out on the field.

"The excitement, energy and enthusiasm seems to have carried right over to the practice field and the guys have been out there putting forth really good effort so far," Ferrante added.

On offense, the Wildcats have big shoes to fill at quarterback as longtime starter Zach Bednarczyk will be graduating. Ferrante elaborated on the players competing to take over the offense.

"You have Jack Schetelich," he said, "the returning senior/redshirt junior, who was Zach's back up pretty much for the last two years, then (redshirt freshman) Qadir Ismail, competing for that position as well. Qadir was able to play and win the Richmond game last year, but he was still able to get a redshirt year because he played less than four games. So those two guys are battling back and forth for the starting quarterback position in Zach's departure. And we're seeing very good progress from both those guys to be honest."

As far as the defense, Ferrante provides insight into what he sees in the back seven.

"The secondary looks like they're going to be really solid with Jaquan Amos and Christian Benford, who was last year's CAA Rookie of the Year, returning at corner," Ferrante said. "We've got Julian Williams and Chucky Smith, some veteran strong safety-type players that are coming back. Nowooola Awopetu's another guy (that's back). So on the back end we feel pretty good about what we have in the secondary right now. Linebacker, same thing, we feel like we have decent depth at linebacker with some of the guys, the only one graduating from last year's team is Jeff Steeb. So you know you have Drew Wiley back and Keeling Hunter is back, and then you have those young guys, the trio we have in the sophomore class with Amin Black, Forrest Rhyne and also Trajan Anderson."

Villanova will open its 2019 season Aug. 24 on the road against Colgate.